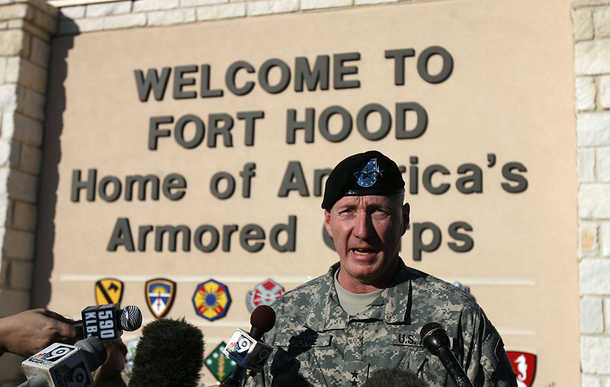 Smug that after two weeks of me suggesting that social media might not be an unequivocally Good Thing in terms of privacy and human decency, the news has delivered the perfect example to support my view.

Unfortunately it’s hard to feel smug – hard to feel anything but sadness and nausea – when thirteen innocent people are dead.

I’m talking, of course, about Thursday’s Fort Hood shootings. Better informed and more sensitive commentators than I have written about the massacre itself and what it means for the US army, and in particular for the thousands of Muslim soldiers currently fighting – and dying – for this country. How do you even begin to process the idea of an American soldier shouting the takbir, before mowing down his comrades in arms? On American soil? At the home base of the Combat Warrior Stress Reset program? Yes, that’s definitely one for the experts to parse.

And yet, the first news and analysis out of the base didn’t come from the experts. Nor did it come from the 24-hour news media, or even from dedicated military blogs – but rather from the Twitter account of one Tearah Moore, a soldier from Linden, Michigan who is based at Fort Hood, having recently returned from Iraq.

When Major Nidal Malik Hasan began his killing spree, commanders immediately put the base into lock-down in accordance with military procedure. Movements in and out were severely restricted, as was the flow of information to the news media. Official statements from army spokesperson Lt. Gen. Robert Cone were the only way for reporters to find out what was happening, while other base personnel focused on treating the wounded, and ensuring the threat had been dealt with. Or at least that’s what the commanders thought was happening. In reality Ms Moore’s was tweeting minute-by-minute reports from inside the hospital where the wounded were being taken for treatment.

[T]hey just brought a CART full of boxes w/transplant parts in them. Not good not good. #fthood

Ok we just saw a soldier on a stretcher w/2 armed guards walking by He didnt look like he was in great condition.

Maj Malik A Hassan. He shouldn’t have died. He should be in the worst suffering of his life. It’s too fair for him to just die. Bastard!

A FUCKING MAJOR? Are you kidding me? A MAJ! For those of ut hat don’t know, Army MAJ have pretty serious rank. Dick

Someone just started shooting in Commanche 4 which is on post housing. What are these people thinking?!?

The poor guy that got shot in the balls http://twitpic.com/oejh5

That last twitpic link was particularly amazing: it showed a cameraphone image – of a wounded soldier arriving at the hospital on a gurney – taken by Moore from inside the hospital. Unsurprisingly, Moore’s coverage was quickly picked up by bloggers and mainstream media outlets alike, something that she actively encouraged by tweeting to friends that they should pass her phone number to the press so she could tell them the truth, rather than the speculative bullshit that was hitting the wires.

There was just one problem: Moore’s information was bullshit too.

As we now know, Major Hassan was not killed, but rather captured alive. Reports of a second – and third – shooter also now appear to be inaccurate. Whether someone was shot “in the balls” hasn’t been publicly confirmed and, for the sake the of the victim’s privacy, let’s hope it never is – but the point is that many of Moore’s eye-witness reports weren’t worth the bits they were written on. They had no value whatsoever, except as entertainment and tragi-porn.

Two weeks ago, I wrote here about how the ‘real time web’ is turning all of us into inhuman egotists. How we’re increasingly seeing people at the scene of major accidents grabbing their cellphones to capture the dramatic events and share them with their friends, rather than calling 911. Last week I went even further with my doom-mongering, suggesting that the trend of adding people’s homes to Foursquare without permission was indicative of a generation that prioritised their own fun over the privacy of their friends.

In the actions of Tearah Moore at Fort Hood, we have the perfect example of both kinds of selfishness.

There surely can’t be a human being left in the civilised world who doesn’t know that cellphones must be switched off in hospitals, and yet not only did Moore leave hers on but she actually used it to photograph patients, and broadcast the images to the world. Just think about that for a second. Rather than offering to help the wounded, or getting the hell out of the way of those trying to do their jobs, Moore actually pointed a cell-phone at a wounded soldier, uploaded it to twitpic and added a caption saying that the victim “got shot in the balls”.

Her behaviour had nothing to do with getting the word out; it wasn’t about preventing harm to others, but rather a simple case of – as I said two weeks ago – “look at me looking at this.” (I don’t know about you, but if I spotted someone taking a picture of one of my friends or relatives in a hospital then they would probably need a hospital bed of their own. “Tell me, Ms Moore, exactly how did the iPhone end up in your lower intestine?”)

Perhaps fittingly, I posted some of these thoughts on Twitter yesterday, as events were still unfolding. Many people agreed with me – replying with links to the specific military codes that cover what information solidiers can share, and the HIPAA which deals with patient privacy. But plenty of others felt that by criticising Moore I was advocating censorship.

As one reply put it, sarcastically: “Yes indeed, let’s moderate twitter and vet all tweets…” Others pointed out that it was just this kind of photography and ‘citizen journalism’ that ensured that the truth got out during the Iranian elections. What about the global outrage at the famous YouTube video of Neda Agha Soltan, shown dying after being shot by (alledgedly) pro-government agents?

For all of our talk about “the world watching”, what good did social media actually do for the people of Iran? Did the footage out of the country actually change the outcome of the elections? No. Despite a slew of YouTube videos and a couple of thousand foreign Twitter users turning their avatar green and pretending to be in Tehran, Mahmoud Ahmadinejad is still in power. It’s astonishing, really. Despite how successful ten million actual voters marching through Washington, London and other major cities in 2003 were in stopping the invasion of Iraq, a bit of entirely virtual cyber-posturing by foreigners didn’t lead to real change in Iran.

And so it was at Fort Hood. For all the sound and fury, citizen journalism once again did nothing but spread misinformation at a time when thousands people with family at the base would have been freaking out already, and breach the privacy of those who had been killed or wounded. We learned not a single new fact, nor was a single life saved.

What’s most alarming about Moore’s behaviour is that she probably thought she was doing the right thing. Certainly, looking at her MySpace page and her Twitter account (before the army finally forced her to lock it down) we see the portrait of a patriot. Someone who clearly cares a great deal about others, and who – despite the rhetorical question “remind me why I joined the army again” on her profile – is proud to serve her country. In tweeting from the scene, and calling out the media for not reporting the rumours from inside the base, I’m sure she genuinely believed she was helping get the real truth out, and making an actual difference.

And that’s precisely the problem: none of us think we’re being selfish or egotistic when we tweet something, or post a video on YouTube or check-in using someone’s address on Foursquare. It’s just what we do now, no matter whether we’re heading out for dinner or witnessing a massacre on an Army base. Like Lord of the Flies, or the Stanford Prison Experiment, as long as we’re all losing our perspective at the same time – which, as a generation growing up with social media we are – then we don’t realise that our humanity is leaking away until its too late.

As I’ve already said – and I’m even starting to bore myself now – the answer isn’t censorship (which won’t work), but rather in our social evolution catching up with the state of technology. We need to get back to a point as a society where – without thinking – we put our humanity before our ego. With that in mind, and in the hope of hurrying the process along slightly, I’m going to draw these three nay-saying columns to a close, not with yet another appeal to the better nature of social media addicts but rather with two videos that everyone should watch.

The first is a clip from This American Life which I stumbled across on the blog of the comedy writer, Graham Linehan (Father Ted, The IT Crowd). It’s a thing of beauty. And absolutely terrifying. Just watch it.

The second video is much less heartwarming, but far more terrifying – because it’s entirely real. So real in fact, that I don’t want to embed it here. I want you to make a conscious decision to click through and watch it. It’s the video of the final moments of Neda Agha Soltan’s life.

Even if you’ve seen the footage before, you should watch it again. But this time bear in mind the following: the cameraman was not a professional reporter, but rather an ordinary person, just like the victim. And what did he do when he saw a young girl bleeding to death? Did he run for help, or try to assist in stemming the bleeding? No he didn’t.

Instead he pointed his camera at her and recorded her suffering, moving in closer to her face for her agonising final seconds. For all of our talk of citizen journalism, and getting the truth out, the last thing that terrified girl saw before she closed her eyes for the final time was some guy pointing a cameraphone at her. “Look at me, looking at her, looking back at me.”