Way back in March, Apple announced that the latest and greatest build of the iPhone OS would open up a whole new world to third parties: richly featured accessories, complete with tie-in software. No longer would accessory makers be limited to headphones, cases, and FM transmitters with hardware controls – now they could make glucose meters, guitar amp controllers, and FM transmitters with onscreen controls! The possibilities were endless.

8 months later, what is there to show for it? There’s a $120 car cradle that boosts the GPS accuracy of the iPhone, some fancy running shoes, and.. er.. well, that’s about it. Maybe we’re just expecting too much; maybe the design/review/approval process is even more of a chore for the hardware guys than it is for app store developers. At this rate, though, we’ll be seeing a fourth generation iPhone before we see any more accessories.

Partly for the sake of inspiring would be hardware-makers and partly because we just like to think about this sort of stuff, we’ve come up with a list of 5 (plus) iPhone accessories we’re not-so-patiently waiting for. Feel free to add your own in the comments. 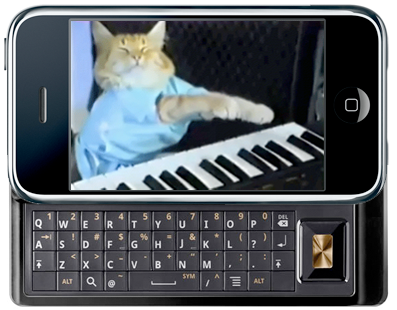 After spending two years blasting away at the iPhone’s virtual keyboard, I thought I’d grown past my desire for a physical one. Then I spent a week with the Droid and fell in love again. That’s not to say the Droid’s keyboard is all that great — in fact, it’s kinda crummy — but for those of us that prefer to touch something real, there’s just nothing that compares with mashing down on an actual button.

It’s almost ridiculous that this one hasn’t been made yet – and that even when it is, support will likely be so limited that it’ll suck something fierce. That is, of course, unless Apple lends a hand. If a third party does it alone, app devs will need to manually add support for the keyboard, one-by-one; if Apple provides the character input API as an alternative to their virtual keyboard view, compatibility would be nearly universal.

I don’t care it makes my iPhone so thick it makes it look like I’m smuggling bricks in my pants – I just want to be able to type an e-mail longer than 10 sentences without getting thumb cramps. 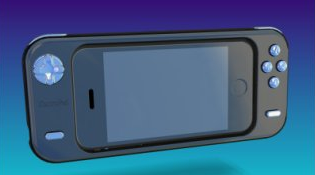 The iPhone platform has already proven itself to be an incredible stage for on-the-go gaming. Graphics? Check. Tons (and tons and tons) of games? Check! Awesome controls? Che .. er, wait, nope.

No one wants Apple to bulk up the iPhone by adding more game-friendly buttons – but for gaming sessions longer than 5-10 minutes, having an alternative, physical gamepad of some sort would be a godsend. There are already at least two projects striving for this – namely, the GameBone Pro and the iControlPad. Unfortunately, both of these have seen a bunch of delays and have gone more or less silent in the past two months.

Bonus Accessory: Console-to-iPhone converters for old-school controllers. Would I look silly as hell plugging an SNES controller into an iPhone? Sure. But I’d gladly do it. Come on, X-Arcade, whip something up.

You know what shouldn’t need to exist anymore? The remote control. It’s a wonderful idea – but it’s one that hasn’t really changed all that much since it went wireless in 1939. Apple could destroy the entire high-end remote (think Logitech Harmony) market by simply strapping the iPod Touch with an RF/IR transmitter.

Apple’s not about to do that – but in the mean time, a third party could get the ball rolling. Build a transmitter into a dongle or a case, throw together a user-customizable remote application for sharing control layouts and codes, and bam! You’ve got a remote for every controllable device in the world, in your pocket at all times. 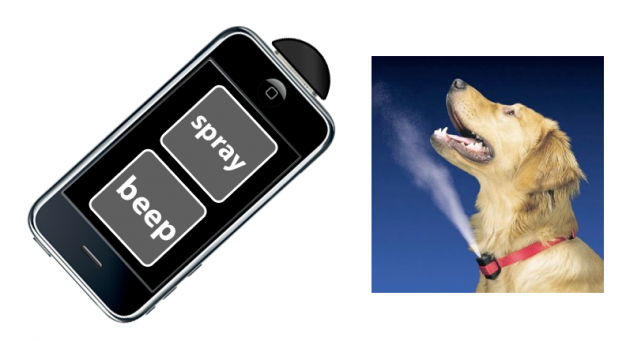 As the owner of what I’m quite confident is the world’s most stubborn dog, I’m always on the lookout for new training tools. It always blows my mind at how clunky the solutions are.

Along the same lines of the Universal Remote dongle above – why not one for the dog-lovers out there? In fact, it could just be an alternative model of that dongle; let the RF transmitter communicate with whatever training tools might be in place (such as a citronella spray collar, for example), but slap in a high frequency loudspeaker to emulate a dog whistle whenever the collars are back at home. 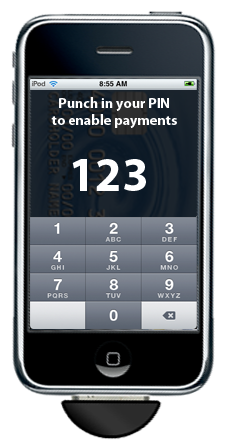 Mobile payments haven’t taken off in the US the way they have in other countries, so most of our handsets aren’t equipped for such things. There’s no reason the iPhone couldn’t do it, however.

Here’s how we see it: many credit card companies already have RFID chip readers in place wherever they’ve got a credit-card reader, which allows for that tap-rather-than-slide payment system (that no one really seems to use) to work. Why not make use of that?

American Express or Mastercard could make a case (or a dongle) that has an RFID built in, just like your credit card – but with the benefit of software tie-ins, the RFID could be erased/locked on the fly. Just swiping the case wouldn’t work – but once you’ve hopped into the Pay app and punched in your pin, your case acts as a credit card for 30 seconds.

Those are our ideas, for better or worse. With that, we turn the reigns over to you, dearest reader: what accessories are you hoping come out sooner than later?