The first phone in what will eventually become a line of Droid phones only became a reality yesterday morning, and its sibling is already in tow.

We already know a bit about the HTC-made Droid Eris, such as its $99 price tag and that it’s likely to be spec’d almost identically to the Hero. We’re suckers for the minute details though, and PhoneArena
just uncovered a doc which confirms a couple new ones.

According to the leaked document, the HTC Droid Eris will tote WiFi, a 5-megapixel camera and, like the HTC Sprint Hero, absolutely no chin. 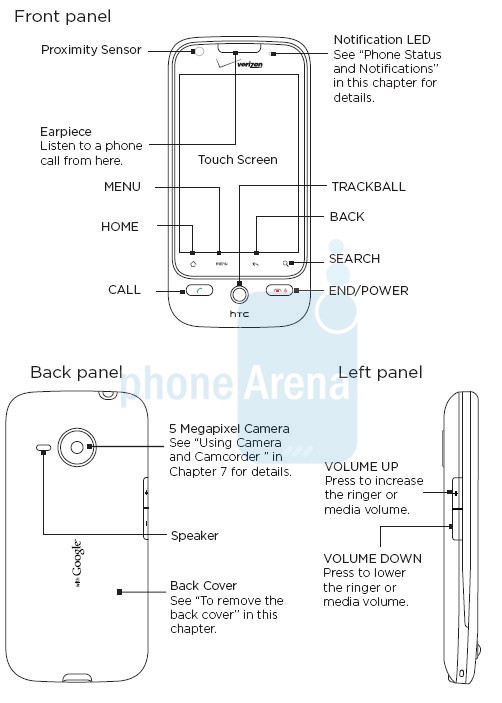