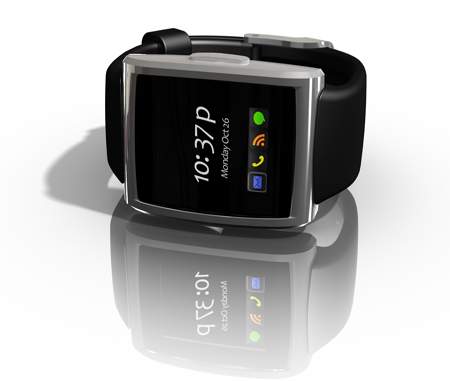 Real, and available to pre-order. I refer to that BlackBerry wristwatch that was rumored for so, so long till it was “made official” several days ago. Created by Allerta (and not RIM), the watch, officially named the inPulse smartwatch for BlackBerry, will set you back $150 when it’s released in February, 2010.

What does this watch do? Lots! Its primary raison d’etre is to alert you of incoming BlackBerry messages—calls, texts, BBMs, calendar events, etc.—when your BlackBerry proper is, say, hidden in your pants pocket buried under a pile of car keys, chewing gum, quarters and dimes and pennies, pens, and a bunch of bottle caps.

It has a 1.3-inch OLED display, like the Zune HD , with a battery that’s rated to last around four days—plenty of time for you to get back to your home base and charge her up (via USB) again. 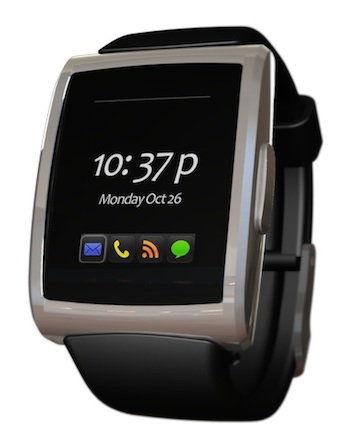 So it looks neat; I won’t dispute that. What I will question, however, is how many “young people,” people who ditched their wristwatch long ago, if they ever had one (I still wear mine, and sometimes get comments like, “Wow, what are you doing wearing a watch at your age (I’m 23)?”), will embrace this one? It’s not really a “vital” accessory, no? I seem to remember, and this is about three years ago, sitting down with various companies that made these types of watches, and then seeing said watches go nowhere.

Still, February is a long ways away; maybe I’ll be convinced of this watch’s vitalness by then.

Wait and see, I say!