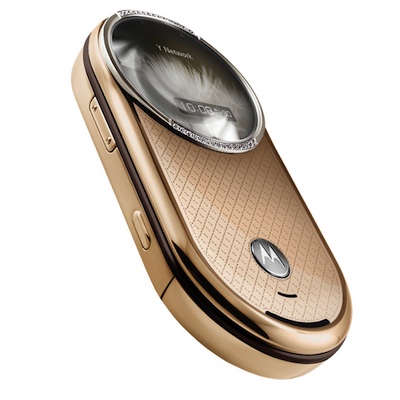 Why is this thing so darn expensive? For whatever reason Motorolla has sprinkled it with some 30+ diamonds, and coated it in 18 carat gold. Now the question becomes why Motorola would ever do such a thing? Does Motorola makes phones exclusively for Goldman Sachs these days? Maybe, I don’t know.

It goes on sale on October 26, at least in the UK. But then again, if you’re the type of person who can afford this, you’ve probably already got it on pre-order.