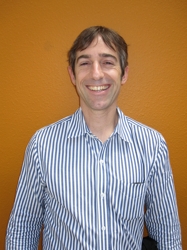 Today at the Web 2.0 Summit in San Francisco, Zynga CEO Mark Pincus took the stage to talk about social gaming.

Pincus started out praising Facebook for opening the platform in 2007, which had led to the rise of companies like his. And they’ve come a long way. Zynga’s first game in July 2007 was a social poker game on Facebook, and  just yesterday the company hit 50 million daily active users across its properties.

Pincus believes that Web 3.0 is the App Economy. That is to say, it will be a web in which people use various apps to share things. And there will be money behind this thanks to direct payments, and social goods.

Of its 50 million daily users,, 20 million are using Farmville, Zynga’s most popular game about yes, farming. Pincus announced on stage that they had made $830,000 in just two weeks selling a certain kind potato seed (a virtual good), and that they donated half of that to school children in Haiti. That money will feed 500 of them for a year, he says.

There have been various reports around the web in recent months that Zynga is already making nine figures in revenues thanks largely to these social goods.

Below find some live notes (paraphrased)