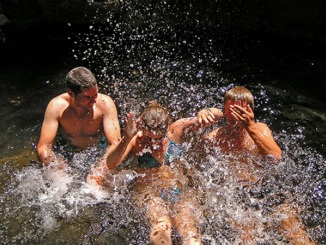 Facebook is giving groups a little more prominence by testing ways to bring in messages from groups into the main stream on your News Feed. Up until now, group activity has remained segregated from the main feed. But some people on Facebook are now seeing messages posted to groups they belong to from their friends who also belong to the group. And group pages themselves now have their own Wall of messages from members.

This announcement comes at a time when Twitter is preparing to roll out its own group feature, which it calls Lists. Twitter is expected make the Lists feature available to everyone within a week or two.

By creating lists on Twitter, you are effectively dividing the stream into different groups of people. You can look at different groups or lists depending on what you are interested in. Facebook already has groups, but now is re-inserting relevant messages from those groups into the main stream.

Ultimately, that’s what you want: many little streams of information, feeding into one big one.