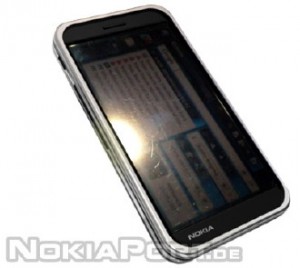 Don’t let today’s news of Nokia’s financial troubles fool you. Just because the mobile powerhouse isn’t raking in profits at the moment, doesn’t mean the Finnish giant has stopped working on future devices…at least according to Pocketables.

Unlike its soon-to-be-released sibling, the N900, the rumored N920 will supposedly be keyboard-less, but will make up for its loss with the addition of a 4.13″ capacitive touch screen display. The lack of a physical keyboard should also pave the way for a slimmer device, which is expected to share much of the rest of its components with keyboard-packin’ N900.

Does this thing really exist? Will it sport Maemo 5 or the mythical Maemo 6? At this point, your guesses are as good as ours.