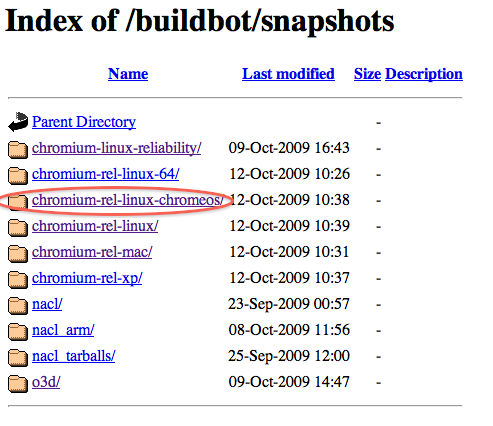 Pretty much every morning and every night I download the newest build of Chromium for Mac (the open source builds that will eventually turn into Chrome for Mac). While we made an auto-updater to do it for you, you can also manually find the latest builds here. This morning, I visited this site and noticed something new: A Chrome OS folder.

Sadly, this is Linux-only for the time-being, but that makes some sense since Chrome OS is Linux-based. And lest you think it’s just the Chromium for Linux build, there are already other folders dedicated to that (including a 64-bit variety), and the Chrome OS builds weigh in at 139 megabytes versus around 19 megabytes for Chromium. 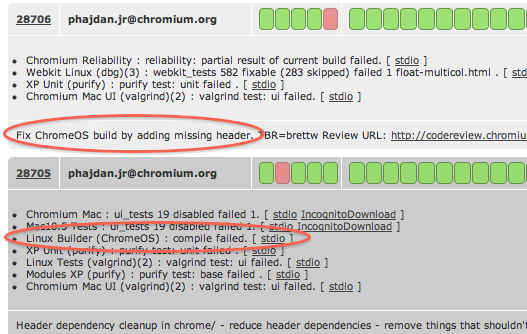 Here, you will find some information about the compact navigation bar (there will be a “main menu” button), there’s some sort of “clock menu button,” there is some kind of document viewer called “GView” (that will at least be able to view PDFs), there will be a network menu button, and this is all being tested on a “touchpad.”

Yes, at the bottom of the page, you will see two files that reference something called “touchpad.” From the language in these files, it’s not entirely clear if this is refering to a notebook trackpad or some sort of touch tablet that Google is testing Chrome OS on. Here’s an example:

It could go either way, but the wording on the latter makes me think that it’s just for notebook trackpads, so don’t get your hopes up about an “Apple Tablet Killer” just yet. Still, it seems reasonable that with a lot of manufacturers gettings into the tablet game again, Chrome OS will eventually work on them as well.