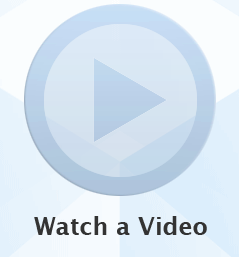 During my time at TechCrunch I’ve seen thousands of startups and written about hundreds of them. I sure as hell don’t know all the secrets to building a successful company, but there are a few things I’ve seen that seem like surefire ways to ever-so-slightly grease the road to success. Here’s an easy one: make a video demo and prominently promote it somewhere where new visitors can find it. One that shows off the core function of your product without making people think they’re watching an ad or a pitch. And answer, as thoroughly as possible in 2-3 minutes, what it is that you’re bringing to the table.

Here’s a sad truth: a lot of reporters really are quite lazy. Not in the sense that they don’t want to find and cover a cool new company (in which case they should consider a new career path), but in that they don’t like to spend time wading through marketing material trying to figure out what your company actually does. After all, we’ve got inboxes stuffed with pitches from companies vying for coverage. If it takes more than a minute or two to figure out what problem you’re trying to solve, we’re probably more likely to simply skip to the next message than to try to make sense of your feature set.

Consumers are even lazier. If you don’t have some kind of bite-sized hook that introduces them to your product, there’s a good chance they’ll stare quizzically at the screen, shrug their shoulders, and head back to Google to find something else that fixes their problem. Walls of descriptive text definitely are not the answer. Images can help, but they can also become overwhelming. Video, especially in an age when people are so used to consuming it online, is often a good solution.

But just making a video isn’t enough – you need to make sure that the video actually conveys what the hell you actually do. This is apparently much harder than it sounds, because I’ve seen plenty of video demos loaded with screenshots, walkthroughs, and pretty graphics but still leave me scratching my head. The truth is, you don’t need a single screenshot to make an effective video. You just need to show how people will actually use what you’ve built, not a sales pitch.

Take Dropbox for example. I use the service every day and love it, but every time I try to describe it in a sentence I’m left with something that makes me retch a bit — “intuitive and deeply integrated file synchronization service” just doesn’t come close to capturing just how damn cool Dropbox really is. Apparently the Dropbox team didn’t have much luck describing themselves in text either, so they’ve gone another route: visit their homepage, and you’ll see a polished, easy-to-follow video demo front and center that perfectly describes what the service actually does.

Dropbox has made one mistake though: they don’t offer a way to embed their great demo video anywhere else (someone else did upload it to YouTube though, so I’ve embedded it below). Some bloggers, including myself, are more than happy to embed a video walkthrough in posts, provided it isn’t overly self promotional.

There are plenty of other examples of companies using video demos to great effect. Head over to Apple’s iPhone site and you’ll notice that they offer video walkthroughs for basically everything the phone can do. Google now regularly uses video walkthroughs to introduce many of their new products and features, though they don’t always do a great job — this video demo created by a third party did a better job explaining Wave than anything Google has made.

Of course, a video demo isn’t absolutely essential to your site’s success. Just look at Mint, which was just acquired for $170 million by Intuit. There’s nary a video in sight, and — at the risking of sounding like a complete fool given its huge acquisition price — I find Mint’s 20+ pages outlining its feature set and why people should use the service to be positively daunting. Twitter’s page doesn’t include a video (though I think it badly needs one). And Facebook just says that it’s a service that “helps you connect and share with the people in your life”, which would set my bullshit meter off the charts if it appeared in any startup pitch.