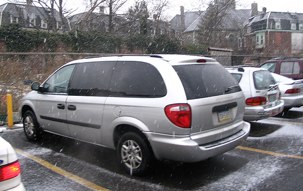 Parenting communities are becoming increasingly common on the web as mothers and fathers turn to social networks to share stories and elicit advice about raising children. Circle of Moms, a social network for yes, moms, is celebrating its year anniversary with steady growth numbers and a few new features. The site is what you’d expect from its name— a community that lets moms connect with friends, talk about their kids, and join topical Q&A communities, with subjects ranging from recipe swapping, special needs children, and discipline for toddlers.

Since the site’s launch last October, Circle of Moms has accumulated 7 million registered moms and is adding 150,000 new moms per week, according to the site’s co-founder and CEO Ephraim Luft. And the social network saw 2.1 million unique visitors last month, according to Quantcast.

One powerful strategy that has helped Circle of Mom’s growth is its <a href="Facebook application. Luft says that Facebook has definitely contributed to the site’s viral growth over the past year. With 2,362,352 monthly active users, the site’s Facebook app sees significant amount of interaction with the site’s social network and and also helps pull in friends on the website and vice versa.

And today, Circle of Moms is launching an upgrade of its popular feature, Child Spaces, which is a centralized online space within the network where moms can share child’s special moments, photos and memories with close friends and family online. In the past year over 5 million “Child Spaces” have been created. Now, you can share updates through Facebook and Twitter from the site, define a set of “followers” who get regular updates on what’s going on in the child’s life, and have greater access over privacy controls of who can see the site. Luft says that the network will be adding enhanced customization features, such as personalized templates and vanity URLs; as well as the ability to import content from other social media sites, such as Flickr, Picassa, and YouTube, shortly. And the site will soon let moms print photos and make other photo products (i.e. memory and scrap books).

Circle of Moms creates revenue through advertising on the site, and Luft says that because of the demographic well-known companies like Nickelodeon, Old Navy and Nestle are all regular advertisers. Funded by Maples Investments, SoftTech VC and a number of angel investors. Circle of Moms faces competition from another popular mommy social network CafeMom. But Luft maintains that Circle of Moms has been able to gain a loyal and growing following despite having only received seed funding. CafeMom has received $17 million in funding over the past three years. Luft is onto something; it’s impressive that a niche social network like Circle of Moms has been able to see viral growth within a year. 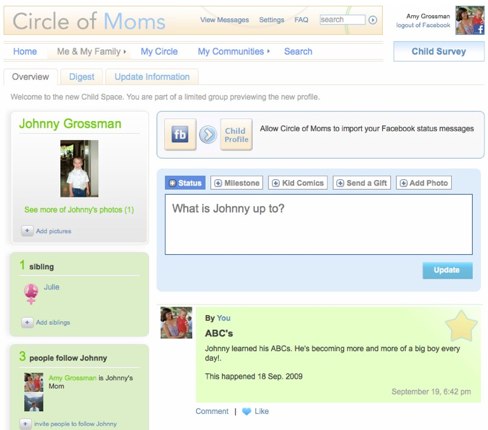