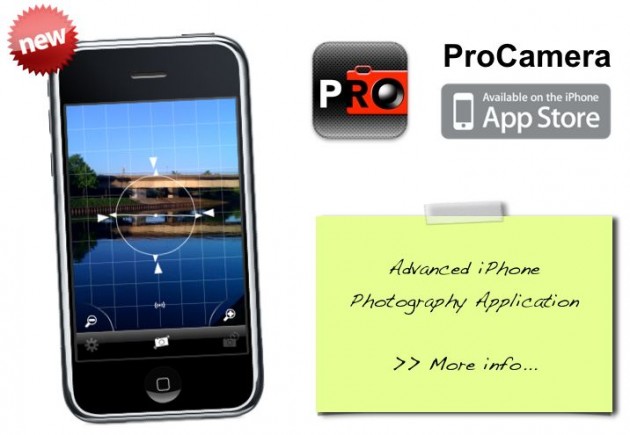 iPhone OS 3.0 finally brought video functionality to everyone’s favorite Apple phone. It also enabled developers to add graphic overlays to the iPhone’s camera views thereby opening the door to new features such as augmented reality and other camera “tricks.” Thus, it’s come as no surprise that many new camera-focused apps have emerged, such as ProCamera, that are attempting to improve the overall photographic experience on the iCanDoAnything.

ProCamera, available now for $3 in the App Store, is a self-described “advanced iPhone photography application” that adds “greater functionality and possibilities to the iPhone, [by] taking full advantage of all hardware and software ressources.” Sounds interesting, doesn’t it?

Perhaps the most intriguing addition is the steady shot mode, i.e. image stabilization, which “uses the iPhone’s accelerometer to determine a steady moment while you are focusing on your photo subject…similar to the Shake-Free-Function expensive digital cameras provide.” 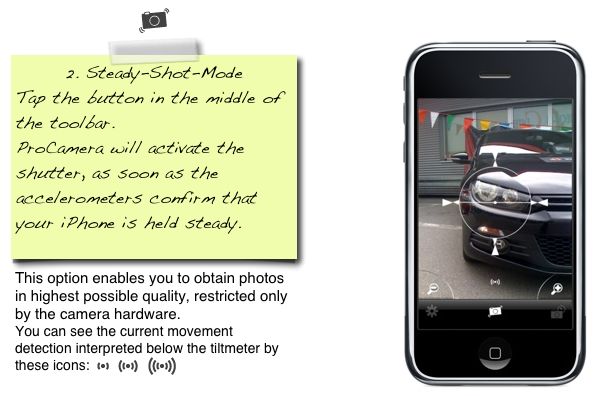 We haven’t had a chance to put this through its paces yet, but ProCamera definitely sounds impressive. What about all of you? Has anyone had a chance to give ProCamera a go? Let us know what you think after you get back from your professional iPhotography shoot.