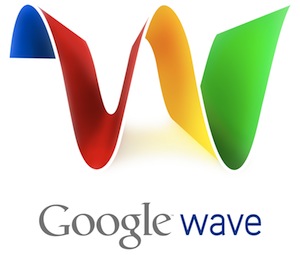 When Google Wave was unveiled at Google I/O back in May, we noted that it was one of the most ambitious projects we’ve ever seen. Started as a side project in Google’s Sydney, Australia offices, it had the potential to significantly alter the way online communication was carried out. And Google was betting big on it. Google’s VP of Engineering Vic Gundotra devoted the entire keynote of day two of I/O to the project, and no less than Google co-founder Sergey Brin showed up to talk about it afterwards.

Ambitious as Wave was, there were still some rough edges. We were granted access to the developer’s preview shortly after Google I/O, and it was clear that while the basic frame of all this great promise was there, there were no shortage of bugs to be ironed out. And that’s exactly what the Wave team has been doing the past four months, developer Lars Rasmussen tells us. And now they feel the product is ready to be given to a much bigger audience, as they will open it up to over 100,000 new users starting tomorrow.

To be clear: This is not a public launch. Wave is still not ready for that yet, Rasmussen emphasizes. Instead, Google has looked over the applications that were filed over the past four months to test out the service and is handing out invites to users who expressed interest early, and also made it clear that they were willing to test software that still contained bugs. Unfortunately, not everyone that expressed interest will get an invite today, but Rasmussen assures us that more will be coming on a regular basis, provided that everything goes well with this expanded test.

This 100,000+ user test is focusing on three groups: The public users who signed up early to test, developers, and a select group of Google Apps users. The last group will be kept very small, and the team expects it will only go out to select schools in the Sydney area so that the team can do some hands-on work with students and faculty that use the product. The first two groups, the developers and the public, will make up the core audience of Wave now, after these past months of being available only to a select group of developers.

But the key to Wave is interaction, which the team knows. As such, they are also giving every user that gets an invite today, 8 other invites to hand out to friends. That should expand the test even further very rapidly. But no, those friends will not get invite codes to hand out as well. 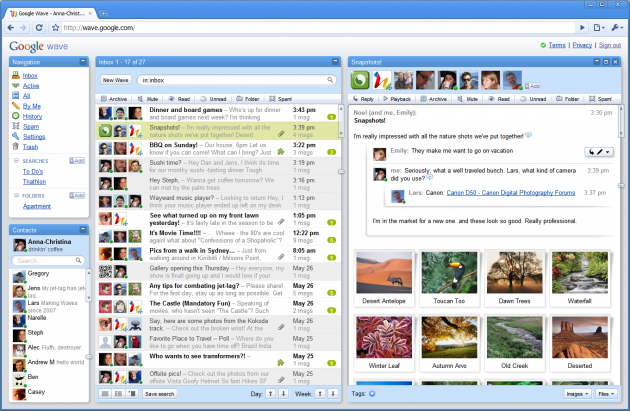 I sat down and used Google Wave for the first time in weeks yesterday, and the ride is definitely smoother. While there are no shortage of new features that the team is dreaming up and is eager to begin work on, they have been solely focused on fixing bugs, making things faster, and improving the usability. “It will crash less, which is pretty flashy,” Rasmussen jokes.

Also undergoing a lot of changes has been the API. And that’s a big part of what else will be launching alongside these new invites: Featured Extensions.

While Wave is a product, the larger goal for the project is to make it into a communications platform. And that means they’re going to need third-party developers on board, working to build stuff on top of Wave. That work is already well underway, and Google plans to highlight several extensions that have already been built and are in working order. These include a Suduko game (that you play entirely inside Wave in real-time with your friends), a Ribbit conference call gadget, a weird and fun video chat gadget by 6rounds (we’ve covered them here), and a trip-planning gadget by Lonely Planet.

Each of these gadgets takes only two clicks on install, and you can begin using them socially within Wave. Bigger picture: There are also large companies working on their own Wave ideas for how to use the communications tool. These include companies like Salesforce.com, we’re told. 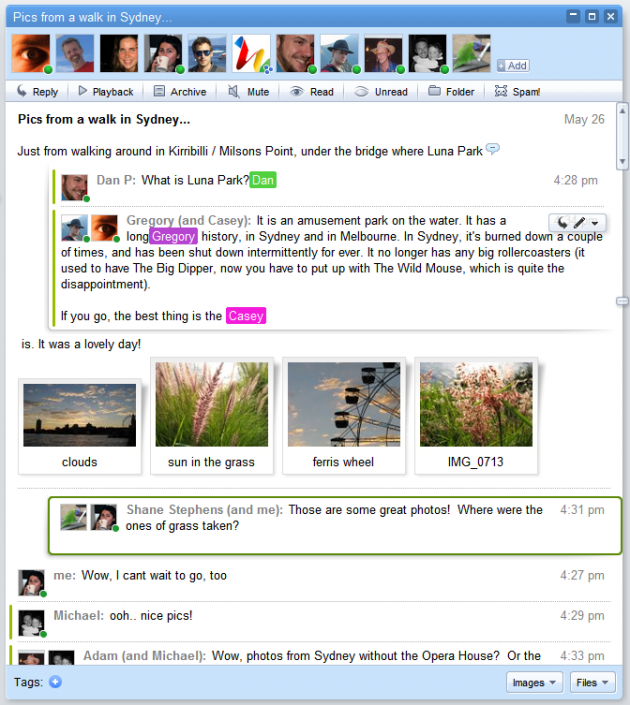 Google is also moving Wave out of its sequestered sandbox site and into the wave.google.com domain where it will permanently reside. Because of this, users who get invites will now also be able to sign up with their actual email addresses (previously, you had to create a new special Google Wave addresses). This will give you access to your Gmail contact list, which Wave will automatically scan to find other Wave users you may know.

As Google so often likes to say these days, Wave will work on all modern browsers. That means, Chrome, Safari (3 and 4), and Firefox 3.5 and up. Yes, Wave will work on Internet Explorer, but if you visit the page in that browser, you will be asked if you would like to install ChromeFrame, Google’s hilarious alternative to downloading another web browser (if you must keep IE for some reason).

So when will we see a full launch of Wave? While the team declined to give a specific time-table, they did say that it will definitely be 2010, and alluded to the fact that it should be the first half of 2010. They also noted that one key next step will be to provide support for other languages. Right now, Wave is English-only, even though it has tools built in that translate its content to any other language.

So check your inboxes for those Wave invites starting tomorrow. And if you know of friends using it, hit them up for an invite as well.

Update: At first I had stated the updates would be going out today — actually, they’re going out early tomorrow morning. I was a few hours off, my bad. Apologies for making you wait longer. Here’s more in Google’s official post about it.