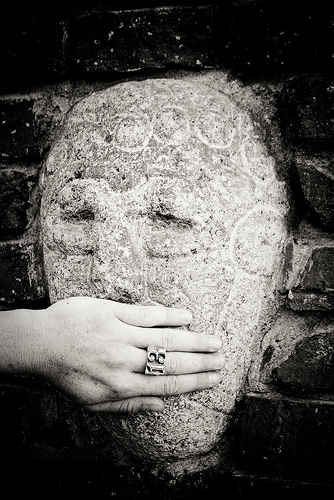 “All Washington Post journalists relinquish some of the personal privileges of private citizens. Post journalists must recognize that any content associated with them in an online social network is, for practical purposes, the equivalent of what appears beneath their bylines in the newspaper or on our website.”

That’s an excerpt from The Washington Post’s new social media guidelines. PaidContent has the entire thing. You really should read it, because it’s a hoot.

These guidelines came about because Raju Narisetti, a WaPo editor, had some tweets recently that revealed *gasp* that he had opinions about issues. When word leaked out that he had his own opinions and was sharing them on Twitter, apparently the WaPo top brass scrambled quickly to get this under control. That included Narisetti deleting his Twitter account. Pathetic.

So pathetic, that I’m kind of shocked that The Washington Post’s Omblog was allowed to publish all the details.

Obviously, WaPo is doing this to try and maintain what it perceives to be its journalistic integrity. That’s great. But as we’ve discussed recently, the idea that any kind of reporting lacks any kind of bias on some level is laughable. It’s fine if you want your organization to only present the facts with no opinions, but the notion that those reporters do not have their own opinions is absurd. WaPo can try to hide those opinions all they want, but they exist, regardless.

“Post journalists must refrain from writing, tweeting or posting anything—including photographs or video—that could be perceived as reflecting political, racial, sexist, religious or other bias or favoritism that could be used to tarnish our journalistic credibility. This same caution should be used when joining, following or friending any person or organization online.”

Basically, if you are a human being, you must not show yourself as such online.

The whole thing is ridiculous, but my favorite bit is the last part. You can’t even friend or follow people known to be affiliated with some movement or cause, or presumably is even just a biased person.

This has all come up before, and it will undoubtedly come up again. Twitter is just the latest and probably easiest ways for people to reveal that they have their own opinions online. But this is also related to the issue of Facebook pictures getting people fired or just not hired from jobs. It’s not that companies/employers are asking their underlings to stop having opinions, or stop having fun at parties, they just want to make sure it’s hidden from the public. It’s basically “don’t ask, don’t tell” applied in a different sector.

Again, it’s certainly reasonable to ask journalists to remove their opinions from pieces if that’s the kind of news you’re aiming for. But when you start getting into what they say on their personal online accounts, public or not, things get awfully murky. How deep does that rabbit hole go? Maybe those journalists should also refrain from stating their opinions at dinner parties. Maybe they shouldn’t be allowed to laugh at Michael Moore’s new movie when it comes out. Actually, they probably shouldn’t even be allowed to see it. They should also be careful of any movies in their queue on Netflix. And any books they buy on Amazon. And any music on iTunes.

Hell, they should really just disconnect their computers from the Internet. And maybe stop leaving the office. Also, they should probably just stop having opinions.