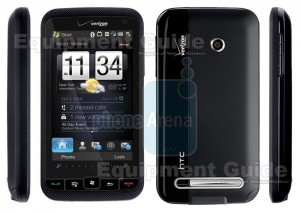 Half the fun of waiting for a new phone to be released is meticulously combing the internet for every minute little detail: specifications, what comes in the box, hell – even just a picture from an angle you haven’t seen before. If what I’ve described sounds a touch too familiar for comfort and your current mobile obsession is Verizon’s forthcoming HTC Imagio, then get a load of these new shots courtesy of Phone Arena.

The Imagio is looking better and better the closer it gets to primetime, and it packs a surprising new addition to into its sleek frame: Media FLO capability is said to be included, making it Verizon’s first smartphone able to use the VCast Mobile TV service. Thanks to Phone Arena’s VZW buddies, a few images of the instruction manual have leaked out too, for all you cell phone completists out there.

Unfortunately, there’s still no confirmation on when the Imagio will be hitting shelves, but we wouldn’t be surprised at all if it made an appearance at your local Verizon store come October 6. 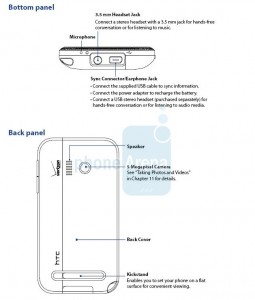 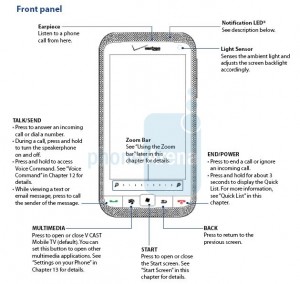