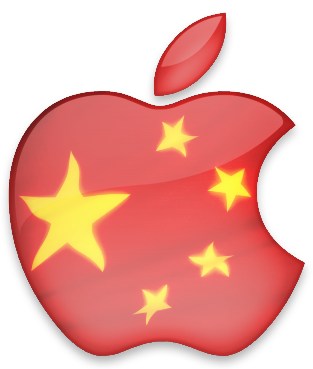 China Unicom, the country’s second-largest carrier, will offer the iPhone starting in mid-October. And in pricing that is rather the opposite of the low upfront cost and high monthly pricing at AT&T, they’ll be selling the device almost at cost and pairing it with plans that make ours look positively extortionate.

According to Xinhua News as reported by Fortune, an 8GB iPhone 3G will start at 2075元 (~$303); previous reports had the 16GB 3G going for 2999元 (~$439), which, if accurate, posits a thousand yuan premium on each successive upgrade. 3GS pricing is still speculative, but if we extrapolate: 3GS 16GB for ~$585 and a 32GB for ~$730. The pricing ends up being a little sloppy when you translate it, but it looks like they’re not afraid to put a big price tag on it. And of course, it’s totally possible that they’ll shift both down by 500元 to ease upsells, which gives slightly more palatable figures.

Of course, then you consider that the plan they’re signing you up for is 126元, or around $18.45. Compared with paying $80 a month for your iPhone (and some pay far more), you’d break even in a couple months, even with the 3GS. Whether that lower price indicates a similarly lowered level of service is beyond my power to determine. And of course, some would say AT&T hasn’t been giving its iPhone users $80 worth of network every month.

With 140 million subscribers, China Unicom is still a midget compared with China Mobile, but as was the case with AT&T, having an iPhone on their side could lure scores of millions over from the other side. There is plenty of demand despite Asian mobile users generally preferring a different kind of handset, and unlike its launch here in the US, the iPhone will be introduced as an established and proven product with a huge amount of resources already available to it. This makes it seem like less of a risk to potential subscriber, and therefore no risk-distribution strategy (like spreading the cost out over two years) is necessary to make it seem reasonable.

In any case, it’s all gravy for Apple. They gets their money and they makes their incremental upgrades. I can’t say anything that hasn’t already been said about how much money Apple stands to make over there. And, at the risk of sounding political, they have less to worry about from the Chinese as far as complaints about restrictive licensing and app policies. I dare say that subscribers there are used to such draconian measures.