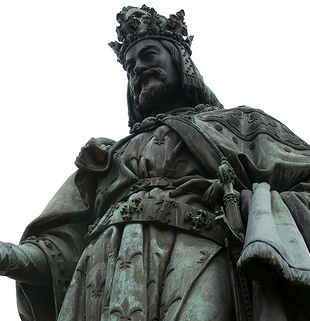 While writing my previous post and looking over comments from earlier today on other posts, I started thinking about bias. For just about every story we write, it seems someone always has either a comment or an email for us ranging from suggestions that we should also write about such and such company that is a competitor to the one we wrote about, to outrage that we didn’t mention the other said company. So why don’t we?

Well, for starters, it would be impossible to cover every company and each of their competitors, and give them each the same treatment. Not only are there not enough writers to do this for TechCrunch, if you put all the blogs together, there still would not be nearly enough. Further, and maybe more importantly, no one would want to read all of that coverage. A part of our job is to provide a filter to readers.

Some call that filter “bias,” and that’s fine except for the negative connotations associated with that word. While the idea of objective journalism is nice, if you go high enough, it really doesn’t exist. Somebody, somewhere at even the most exalted publications has to make a call on which story to pursue. There is always a flip side (or several), where another story is left out.

Others will be quick to jump on that saying something like, “yes, but you don’t have to do so many stories on X company while not covering Y company at all.” That’s true, but if X company is more worthy of coverage, shouldn’t that be the story to pursue? Not everyone will agree with that, but I think it comes down to a debate of what our role is: Are we kingmakers or are we prognosticators?

The people who think our so-called bias is hurting other companies, clearly will think we’re kingmakers; that we randomly or not-so-randomly pick companies that we want to see succeed and shower them with coverage. From my perspective, the reality is more that we’re prognosticators (or at least are trying to be). That is, finding cool companies that we think could actually have an impact in the tech sphere and covering why that may be the case, independent of caring about how many stories that might mean for any one company.

A good example of this in the past couple of years has of course been Twitter. From the early days of the company, many people could not see the potential of the service, and plenty still don’t. As such, some get really, really angry over the amount of coverage it gets. But what’s interesting is that this coverage is now happening across pretty much all levels of the press, it’s not just one site (though some obviously cover certain companies more than others). So either all of the press is colluding to bolster companies like Twitter, or they’re simply seeing a trend happening, that this company, for whatever reason is becoming important, and so they’re covering it.

Before you know it, the company that just a few years ago no one could understand why it was getting so much coverage, is now raising money with a billion dollar valuation. Did the early explosion of coverage make that happen? Or was the early coverage simply serving as a predictor that it would eventually happen? Kingmaker or prognosticator?

A more recent example of this that we’ve been seeing is with Foursquare. Many of the tech sites (including this one) have been covering the company quite a bit, and there are plenty of readers who have no idea why. But it’s one of those companies that myself and others saw potential in before it even launched. And so far, that prognostication has been slowly but surely been playing out, as earlier this month the company got a round of seed funding that several VCs were said to be fighting over the right to get involved with. Did they get the funding because of the early coverage? Or was the coverage there for the same reason they got the funding? Kingmaker or prognosticator?

The majority of complaints about Foursquare coverage seem to be that only a few early-adopter geeks and their friends are using it. Of course, the same exact thing was said for Twitter and for Facebook before that. It was also said for FriendFeed, which, while it never got the massive amount of mainstream users (though usage was way up right before the sale), still exited to Facebook to the tune of $50 million for one reason or another. Was that just the press coverage? Or did the press see the potential, especially with regards to Facebook (back pat)? Kingmaker or prognosticator?

With Foursquare, like Twitter before it, we aren’t writing about it because a group of geeks are using it. We’re writing about it because of the interesting use of gaming elements with a mobile app that propels usage. And because of the very interesting ramifications it could have on local mobile business deals. This is about seeing the start of a trend. Just as Twitter was about seeing the start of a trend.

That’s not to say that Foursquare will for sure go on to be a real success, it’s still a very young company, and has a very long way to go. And even Twitter at this point could still fizzle away over time. And of course it is always possible that everyone in the press is overlooking the next big company. But I believe that if a company is truly great, it will find a way to make itself known. Someone, somewhere will find it and start covering it, and from there, the product will speak for itself and garner more attention and coverage.

It remains, and will always be about the product. And we’re always out there hunting for the next great one. If you’re not getting the coverage you feel your product deserves, remain focused on improving it. Focus on making it better than the ones getting all the coverage. Don’t be bitter, be better. If you stick to that, eventually someone will find it. And then the complaints will start rolling in that your product is getting too much coverage. And that we’re kingmakers.