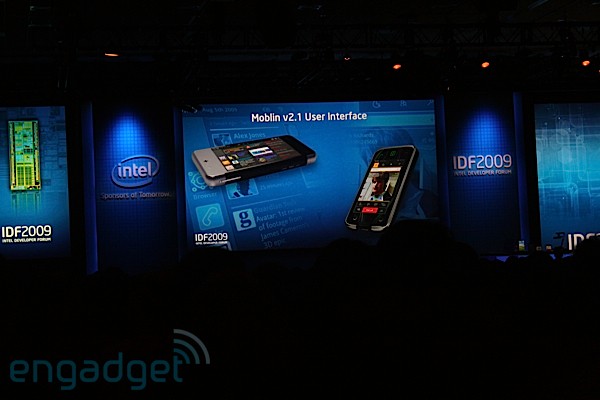 So, you read that headline. First word: Intel. Got it. Second word: announces. Easy. Third word? Moblin. “What the hell is a Moblin?”, you wonder. We feel your pain. All the jargon, all the model numbers – it gets tough to handle. So, here’s a recap: a Moblin is a bulldog-esque enemy from the early Zelda games.

Surprised that Intel would have anything to do with such a creature, much less introduce a second (point one) version of it? Don’t worry. “Moblin” also happens to be the name (short for “Mobile Linux”) of an operating system made by Intel and The Linux Foundation for mobile phones, MIDs, and netbooks.

While Moblin has flown mostly under-the-radar so far (v2.0 never even dropped the beta tag, as far as we know), it looks like Intel’s ready to put it under the spotlight. They’ve just announced v2.1 at the 2009 Intel Developer forum, showing a brand new minimalist interface for mobiles, a handful of social networking widgets, and how background processing/app switching is handled. Details are still pretty sparse – but we’ll update if any more come in.

Update: A few more shots here. Nothing too revealing.