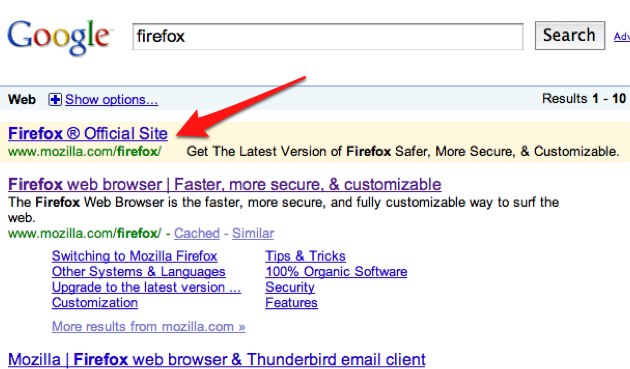 Generally you can trust the ads on Google to at least be safe. But that’s not the case right now for the top ad being served on the query “Firefox.”

The top ad says it is linking to “Firefox ® OfficiaI Sitе” at the URL www.mozilla.com/firefox/. And that is indeed the official Mozilla Firefox site. But the link actually goes to the much more sinister firefox.mozilla-now.com, a site that dishonestly tries to get users to pay up to $2.50/month for an ongoing subscription to “24/7 Expert Customer Support” (a screenshot of the landing page is below). The credit card provider is based in the Netherlands.

Even advanced users who hover over the link won’t know what’s up before they click, due to Google’s ad redirect URL.

Most savvy Internet users will know this is a con as soon as visiting the site, but a all those middle-America Yahoo users may not know any better, particularly since they were just told it was the Firefox official site. It just goes to show that not even the stuff Google publishes can always be completely trusted. 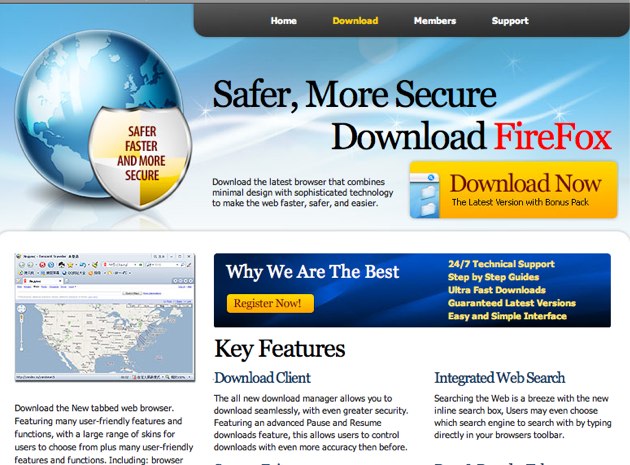