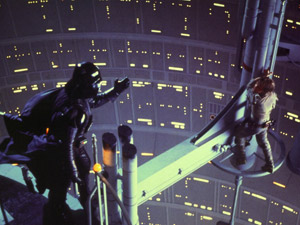 Darth Vader’s fatherly coming out. Tinanic’s King of the World moment. There Will Be Blood’s sobering lecture on milkshakes.

Whether you want to poke fun at something, embellish a love note, or just prove a point, there’s probably a movie scene out there that can help you do it. People reference scenes all the time in their daily lives, and on the web it’s not uncommon for a blogger to accentuate their post with a particularly relevant clip. But for their popularity, there still isn’t an established site that’s known as the place to find a movie clip — YouTube and Hulu are always worth a shot, but they can be very hit or miss. AnyClip, a new startup that’s launching today at TechCrunch 50, wants to be the solution, with a searchable database of movie scenes.

There are, of course, other places to look for movie clips on the web. But these all have their faults: YouTube is riddled with content that may be somehow related to the scene you’re looking for, but acted out by people who most definitely aren’t the original actors. All of Hulu’s content is licensed straight from content owners so you don’t have to worry about issues with user-generated clip, but their library is still quite limited.

To help make the search engine as accurate and thorough as possible, AnyClip draws its data from a number of sources: first, it has compiled publically available data on the web and associated it with each film. The site has also created a Mechanical Turk-style operation, with a team of humans inputting meta data for each film (workers are contributing from all over the world, with most of them coming from the US and Israel). On average, each film in the database has 500 tags.

The site is also launching a public API, which will allow developers to query its database of movie clips from their applications.

SP: The content deals are really hard.
A: Yes, they’re very challenging. We’re in discussions with everyone. Mickey Schulhof (former Sony of America CEO) is a principle investor.
SP: I’ve seen deals like this take a decade…

A: Everyone has an emphasis on long from, but nobody is paying attention to the short formats. As a result you can acquire content for less than you would elsewhere.
SP: I think fear is a big factor, and if you’re focusing on short form content you may be able to overcome some of that fear.
RH: I think you’ll be competing with tags on YouTube clips. Another question is I would elaborate some kind of discovery. One of the other things is that people will only type so much on a search, but they’ll keep clicking on things. And the more money you make the more the studios will try to renegotiate deals to take that..
A: We invigorate interest with these clips, so it helps them.

Jason Calacanis: If not all the studios sign up. What do you think you can do with fair use? Could you do 15 seconds of content?
A: I’m not that interested in having tons of content that they don’t want us to have. We can’t build a business on the backs of their content illegally and hope it works. Over time we will get it all. AnyClip is a dream, a vision. We can start with very comprehensive comedy, or horror coverage.
JC: Do you see this going into other verticals, like AnySportsClip?
A: There’s a reason we didn’t name it AnyMovieClip. But we’re on film now because they’re used to selling it.
SP: I totally believe your argument that this allows studios to better monetize back catalog. Lets people monetize stuff that there would be no other reason to talk about. This is the kind of thing that absolutely should happen. But it will take twice as you long to make those deals. 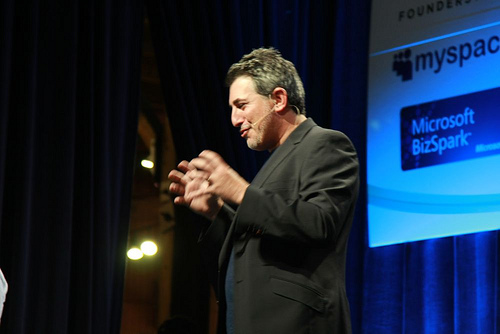