“Location” has been one of the most frequently used buzzwords in the web industry recently, with i.e. Twitter, Facebook and Google having substantially stepped up efforts in that area in the last few months. TechCrunch has always been particularly bullish about location-based mobile social networks, with Loopt, Brightkite or, most recently, Foursquare among the big names.

But there are more location-based social networks out there, and one of them, Centrl, is now intending to further bridge the gap between mobile phone users and the web at large (a move we called for last year). The service, which has been available on the iPhone [iTunes link], Android, BlackBerry [JAD file] and Nokia since May 2008, extended its offering with a web app a few days ago. The service runs within major social networks and lets you login from your existing accounts (on Facebook, MySpace, iGoogle, Friendster, Ning, Hi5, bebo, Orkut, iTimes, or Sonico) on any platform and device, which means there’s no need to register. (It’s free to use in all variations, too). 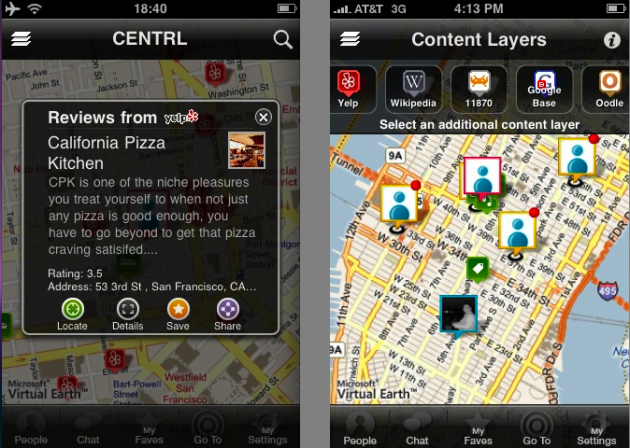 Centrl’s new web application basically does all what the mobile version does: broadcast your own location to your friends, help users find coupons, restaurants, bars, gas stations, general points of interest, real estate, or events near you by pulling information from Yelp, Citysearch, Wikipedia and other sites (Centrl calls these sites “layers”). The web app is completely integrated into Centrl’s social network versions and mobile phone apps.

It’s also possible for users of the web version to contribute and share content, for example by marking a certain place on a map, uploading a picture of it, adding a comment and posting a link to Twitter (mobile app users can do this, too). Centrl then automatically creates a profile page based on that information for other mobile or web app users to view and interact with.

Screenshot of the Centrl web app (click to enlarge): 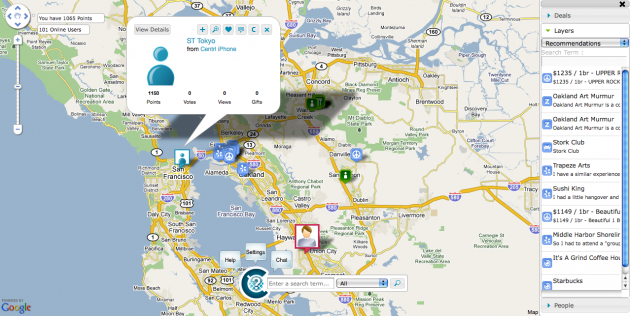 Centrl’s web version also introduces location-based communication in real-time. According to CEO Murat Aktihanoglu, his service is the first to offer a “free IM on a map”-system that doesn’t rely on SMS and is completely device- and platform agnostic (as long as you’re a Centrl user). The way the messaging system works is that people accessing Centrl on a PC, for example, can see the location of people using one of the mobile apps and instantly start text-chatting with them, virtually in real-time and without fees for both sides. 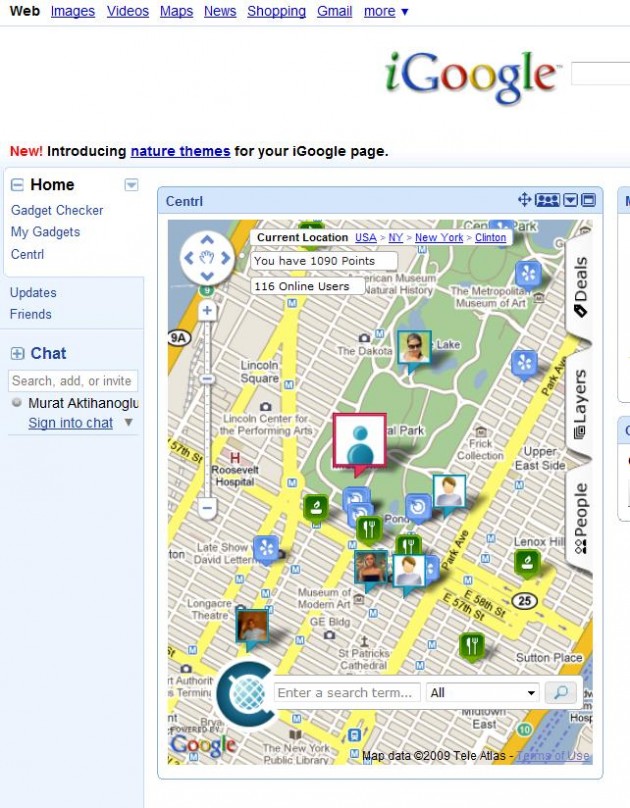 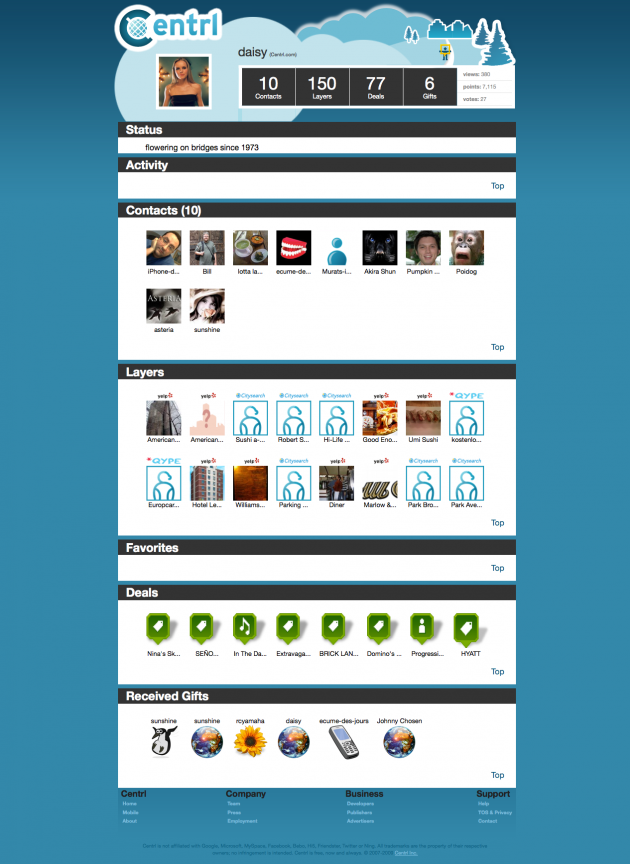