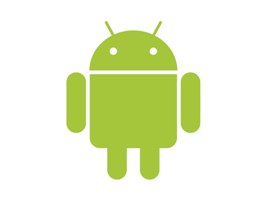 In the mobile OS world, Google’s Android is still a challenger but with the amount of devices that will be running the system that are due to come out in the coming months alone in combination with its open approach it is definitely a contestant to watch closely. The success of Apple’s App Store for the iPhone / iPod Touch is often measured by how many apps have already been developed for the platform (around 70,000), but since Google doesn’t disclose exactly how many apps are available through Android Market it was difficult to compare the two on that particular level.

But thanks to AndroLib, which provides a useful website where you can browse Android apps from your computer (unlike the Android Market website), we can conclude that there are currently at least 10,000 applications and games available on the platform today.

AndroLib’s latest stats show a total of 10,072 apps that were crawled by their system, the majority of which were free (64.2% to be exact). 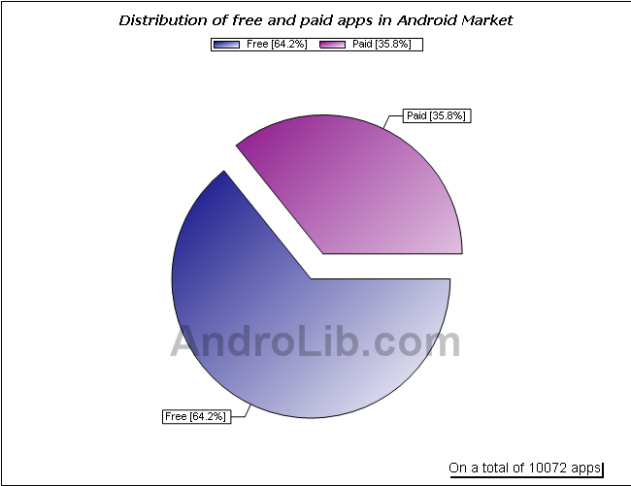 The company is first to admit that there are probably more than the 10,000 applications they can track, but says there’s no better way to get an idea of how many applications are currently in the Android Market. The only time that type of information was disclosed that I can remember is when T-Mobile CTO Cole Brodman told PC World back in May that there were 2,300 applications in total available for the platform at that time.

Going by both numbers, that means the Android market has grown 4.4 times in size in just four months.

For the record, the Android Market was first announced on 28 August 2008 and was made available to users less than a year ago, on 22 October 2008. Priced application support was added for US users and developers in the US and UK in mid-February 2009, and UK users gained the ability to purchase priced applications on 13 March 2009.