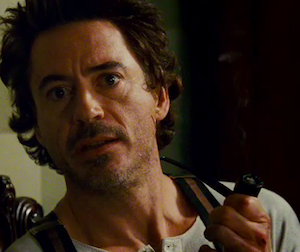 A working Chromium on Snow Leopard and Chrome Desktop Notifications are interesting, but let’s be honest, the real Chrome-related information everyone wants to know about is Chrome OS. And today there is news, as it looks like the OS may have just revealed itself, if only slightly, to the world.

No, we’re not talking about those big icon screenshots, instead, this reveal is buried in code commits.

As you can see in this directory, there are a few mentions of “chromeos.” A few days ago, a “brettw” with a @chromium.org address wrote the following:

Move the compact navigation bar to the chromeos directory.

Generalize the chromeos rules so we don’t have to list every file in the exclusions.

Seeing as Chromium, while open source, is still very much a Google project, an @chromium.org email address would seem to suggest that this is a Google employee. A quick scan of what he’s been working on reveals that it’s all Chrome, all the time. A quick Google Search reveals him to be Brett Wilson, who is a software engineer at Google, and you can see him in action at Google I/O here.

Just prior to that message, Wilson described the “compact navigation bar” in a bit more detail:

Bugfixes and enhancements to the compact nav bar and the status area.

This makes the compact navigation bar off by default at the request of Nicolas.
It can be enabled with –compact-nav on the command line. It also adds
different tab opening options when this feature is enabled. They are accessible
from the app menu in the status area. The buttons now extend to the top of the
screen for easier clicking.

The status area is enabled whether or not the compact navigation bar is. I
fixed the background so it will appear unselected when the window loses focus,
and I fixed the time formatting to make the minutes always 2 digits.

The Chrome button is now hooked up and just opens a tab to a placeholder page. 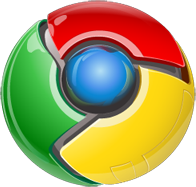 There’s some interesting stuff in there. It would seem that Chrome OS may feature some kind of compact navigation bar that has various tab-opening options (including clicking on the “Chrome button”). It would appear that there’s an app menu of some kind in something known as the “status area” which apparently contains the current time.

Now, certainly this stuff could be related to a new version of Chrome being worked on and not Chrome OS. But remember the latest update above (“Move the compact navigation bar to the chromeos directory”) and then take a look at the one that came right before it:

So this status bar apparently has a clock, and application menu, and a battery indicator. Certainly, that all reeks of Chrome OS rather than Chrome, the web browser. I’m just speculating here, but it seems reasonable to assume that this status bar may be the name of the main upper dock for Chrome OS.

It’s hard to know for sure, and it’s even harder to try to dig through the Chromium.org directories for more information, given all the code names and nested directories. Here’s a bit more of what I dug up:

This page talks about cookies as they are related to Chrome OS. Of note:

To support single-sign-on for Chrome OS, we need a way to inject cookies into Chrome.

Eventually, I want to replace this pipe-reading with an appropriate usage of DBus, but Chrome OS isn’t there yet.

So yes, it would appear that work is well underway on Chrome OS, but it “isn’t there yet.”

Update: As commenter Daniel Gasienica points out, Chris Messina did some digging of his own yesterday and seems to have found an area on Google’s servers where Chrome OS could be getting developed. Right now you get a “403 Forbidden”, meaning something is there.