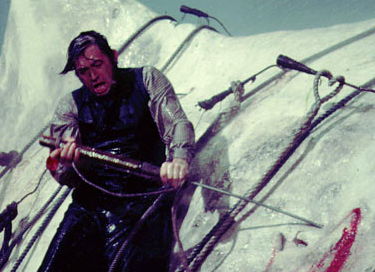 NTT America announced today that it has leased a new 15,000 square foot data center in Santa Clara, CA. Big deal, you might think, a network provider expands its capacity. Except this network provider has a very high-profile client: Twitter.

Though Twitter is never actually mentioned in NTT’s press release, the blog Data Center Knowledge put two and two together, recalling a quote in June from NTT America COO Kazuhiro Gomi: “traffic generated by Twitter is getting so big, it’s basically eating up a lot of our data center network resources, especially the segment where Twitter is hosted. Other customers are riding on the same segment.”

NTT America’s name came up quite a bit recently during the DDoS attacks that crippled Twitter. As Twitter’s network partner, NTT put in place many of the safeguards that slowed the attack enough so that Twitter could get the service back up. You may recall that Twitter also worked closely with NTT to reschedule a planned maintenance in June to make sure that the Iranian protest messages could continue to flow over the service.

Eventually, if Twitter continues its rapid growth, you’d think they would want their own data centers, like Google and Facebook have. But the leasing of this large new data center would seem to indicate that Twitter will be onboard with them for the foreseeable future. Twitter has been with NTT America since early 2008, following widespread reliability issues.

The idea of Twitter going down in the event of a major earthquake in the San Francisco Bay Area is occasionally brought up when the question of Twitter as a reliable form of communication is raised. NTT America says this new data center “meets seismic zone four specifications.” NTT also notes that the data center, “is equipped with redundant power feeds, and carrier-class uninterruptable and back-up power. Optimal systems performance is maintained by fully redundant water cooling systems coupled with advanced humidity and temperature controls. Continuous monitoring ensures that all systems are fully operational.”

Could this really mean the end of the Fail Whale?