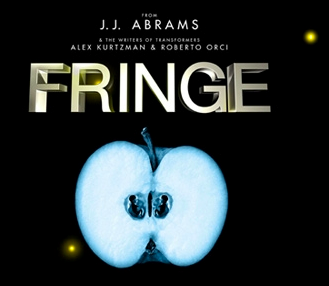 Everyone hates re-runs. They’re episodes you’ve likely already seen, being run out of order because there is no new content to run. But Fox may have just figured out a way to make them more interesting: Twitter.

The television network will be airing old episodes for two of its shows, Fringe and Glee, with Twitter commentary along the bottom of the screen. But no, sadly, not just anyone can tweet anything and have it be on national television, these will be moderated streams. And most of the it will be taken up by the tweets of the two shows’ casts and producers, apparently.

During the episodes, the cast members and producers will be watching and tweeting live. Fans be able to see their tweets on the bottom portion of their television screens or can follow along on Twitter itself by checking out the FRINGEonFOX and GLEEonFOX Twitter accounts. Select tweets from fans following along will be put on air.

Of course, CNN and some of the other television news networks have been using Twitter commentary for months now, and often put tweets on air. But doing the same on one of the major TV networks during prime time is another level of mainstream adoption for Twitter. It’s an extension of what we wrote about back in May, Twitter expanding beyond a simple web service.

So many Twitter users are already using the service to talk about their favorite television shows — as I’m writing this, three of the top ten trending topics are: Mad Men, Entourage, and True Blood — so integrating the two would seem to make sense. Now, if this were during a shows first run, the tweets might be distracting, but during a re-run, they add value.

It’s not clear if there is any financial deal in place for this, but this is clearly not the Twitter television show that got all the buzz a few months back. Money or no money, this is a great deal for Twitter.