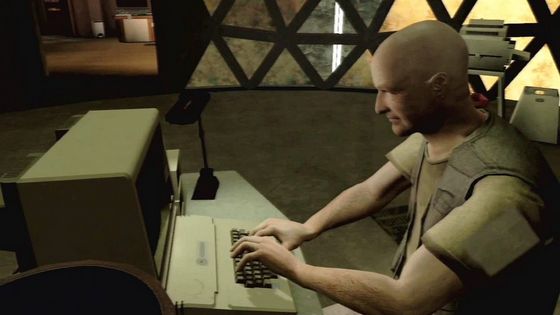 Fans of the television show Lost will remember that a big part of season 2 revolved around the pushing of a button. Every 108 minutes you had to enter numbers and push the button or the world might end, was the line of thought. Of course, as time went on, people started to wonder if it wasn’t just some psychological experiment. A new iPhone game that involves pushing a button, is a psychological exercise, of sorts.

Called Button, the game is about as simple as they come. There is a big button on the screen, and when it lights up, you push it. So why would anyone want to play that game? No, the world isn’t going to end if you don’t, but you will potentially miss out on some free prizes. And pushing the button may just help you get through some mundane tasks throughout your day as well.

Button was created by Blank Software, which is a side project of MobileCrunch editor Greg Kumparak. He thinks of it as a passive game, that you pick up and play at various points throughout the day. But he notes that while they were testing it out, they began to notice feedback from testers mentioning that playing the game helped them with their normally mundane tasks at their jobs. The thought is that the effort required to open up and play Button on the iPhone was just enough brain stimulation to keep people engaged in whatever boring tasks they may be doing. Also, knowing a reward was possibly coming for pushing the button made it interesting to users.

So what kind of rewards are we talking about? At first, there will be things like $20 gift cards, but eventually they may include larger prizes, we’re told. And there will be plenty of things to unlock in the game; new button skins, for example. Another unlockable feature will allow you to tie your Twitter account to the button. And if you tweet out when you level up (which won’t be every time you push the button), you’ll get more points.

There will also be a leaderboard for the users with the most points, and people will be able to team up to form groups to combine their points.

Blank Software will choose random times to light the button up, and it will light up for every user around the world. And occasionally, they will randomly select one of the Button players and replace their regular button with a prize button. If they see and hit it, they’ll get the prize. If they miss it, or aren’t playing at that time, the prize will be sent back to the system to be sent out again randomly at a later time.

Button is a free app, and it will always remain free, Kumparak tells us. The plan for now is to run ads alongside the button, but he notes that if they idea takes off, they have other monetization plans as well.

Button is available in the App Store immediately.