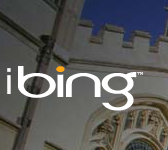 If you’re doing a web search on your iPhone, chances are that you’re using the built-in search bar in the Safari browser. And if you’re using that, chances are that you’re searching with Google, as it’s the pre-installed option. And in fact, if you want to change it in the settings, the only other option is Yahoo Search. If you want to use something like Ask or Bing, you’re going to have to go to those respective web pages (well, at least until Bing starts powering Yahoo Search). But today Microsoft has unveiled a way to get to Bing from within apps on your iPhone, and even your Mac, with a new SDK.

The Bing iPhone and Mac SDK is available for anyone to download here, and it’s even open source (under the Microsoft Public License). Here’s what it includes:

Microsoft also writes that, “The SDK was designed to remove the headache of manually having to parse XML or JSON in order to communicate with the Bing API.“

Humorously, the domain that houses the SDK begins with “ibing”, undoubtedly a play on Apple’s branding. A lot of companies of course use similar branding for their applications, but Microsoft and Apple are fierce rivals. But it’s great to see Microsoft creating an open source SDK to give developers more options for the iPhone and Mac apps. Bing has been making a lot of smart moves since its launch earlier this year. Now, hopefully Apple doesn’t pull any funny business in the app approval process for apps that use Bing (though I don’t see why they would, plenty of apps use Bing Maps, for example).