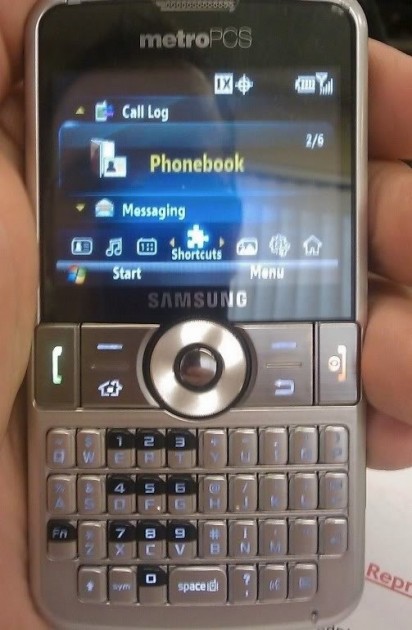 MetroPCS has been around since 1994. Windows Mobile has been around in one form or another since 2000. You think at some point their paths would have crossed, right? Nope – not until now, at least.

Live images of the Samsung SCH-i220 Code have just leaked out, and there it is, emblazoned across the top of the device: the MetroPCS logo. Running WinMo 6.1 on a QVGA display with EVDO, a 2.0 megapixel camera, and a QWERTY keyboard, it’s not exactly mind-blowing on the hardware specs front – but a smartphone is a smartphone.

Current rumors pin this launching sometime next month, though there’s no word yet on pricing.