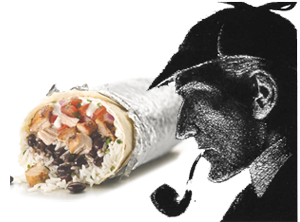 Last January, the iPhone was graced with one of its greatest applications yet (at least, for burrito lovers): a native Chipotle app, allowing users to order their meals online for easy pickup. But the joy was to be shortlived — within hours after appearing on the App Store, the Chipotle application was pulled, sparking The Case Of The Missing Burrito. Given the TechCrunch office’s love for Chipotle’s cheesy bundles of awesome, we followed the case closely, tracking down the developers of the app to learn what had caused its early demise only to be told we could expect it to return in around two weeks. Today, over seven months after vanishing without warning, Chipotle has finally made its way back to the iPhone. You can download it here.

The application works beautifully, allowing you to craft your burrito, tacos, and salad bowl with whatever toppings you want, which include four kinds of salsa, sour cream, cheese, and basically everything else you can get inside the restaurant. Adding a certain topping simply requires hitting a plus sign — I managed to build my favorite custom burrito in about 30 seconds. Once you’ve finished your order, you can pay for it using a Chipotle account that’s linked to your credit card. The system will also save your orders so you can quickly place them again in the future. Also notable is the app’s speed. Even on an iPhone 3G, the app is quite fast, without the noticeable lag times you’ll often find in other applications.

So what was the cause of the delay? A Chipotle spokesperson says that the original app was not working up to Chipotle’s satisfaction, and they decided not to re-launch the app until it was, also noting that there was “no concrete timeline for re-launch” (though the design firm behind the app previously told me they were hoping for a mere two week delay, which stretched to seven months). My guess is that while the app itself was ready, Chipotle’s backend was unable to cope with the large influx of incoming orders. 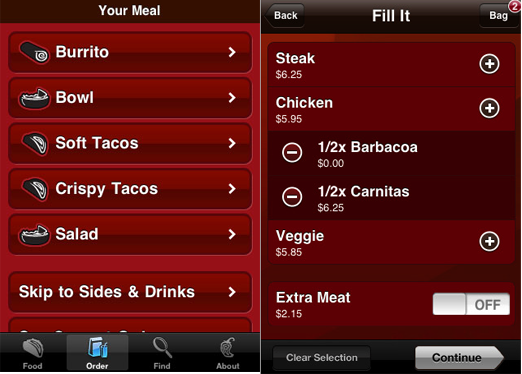