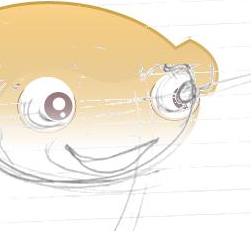 When Twitter decided to start using Bit.ly as its default URL-shortener, usage exploded. But the service was able to handle the rise in usage, and has been steadily adding new features. And now other major players on the web are rewarding that reliability by also embracing it. Today on its blog, Bit.ly details a few of the new API uses and partnerships that they’ve been cooking up.

The biggest is probably Google Reader, which now makes use of Bit.ly shortened links for its new ability to send stories to Twitter. Another big one is CBS, which not uses Bit.ly to share much of its content and keeps a running list of stats here. SixApart has also added a new feature to its TypePad beta test which allows any post to also generate a Bit.ly URL. This will apparently become a part of the full product in the fall. And John Resig of Mozilla used the Bit.ly API to build a new retweet button, similar to the ones you see all over the web powered by TweetMeme, but this is independent.

Another big partnership for Bit.ly is yfrog, one of the leading Twitter picture and video services. The two are “joining forces to streamline link and media sharing on social media sites,” we’re told. Over the next few weeks, Bit.ly will apparently be adding a media upload feature on its main site using yfrog, while all media uploaded to yfrog will have Bit.ly links for sharing. This partnership should make both services even more popular on Twitter.

Bit.ly says that other new features are on the way as well in the coming weeks. We’re still waiting on its big link data aggregator to take on services like Digg.