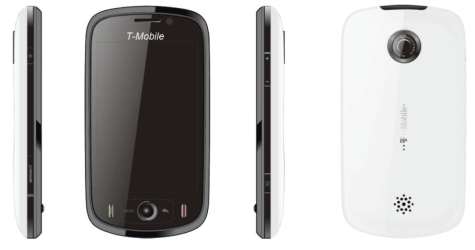 Oh, Internet. You give it a little bit of information and a reason to dig, and some super sleuth will uncover all there is to know. Such is the case with the Huawei 8220 Android phone; once it was given a name and a carrier by the Wi-Fi Alliance’s filing for the “T-mobile Pulse”, the Android detectives were off.

The latest bit of information they’ve uncovered comes from a Dutch online retailer. While it could very well be conjecture on the retailer’s part, it certainly wouldn’t be the first (or the hundredth) time a European seller disclosed information before the handset was even announced.

According to BelSimpel.nl (as uncovered by the readers of tweakers.net), we can expect the Pulse to launch some time in early October. The pre-order price pins it at €257 ($368 USD) – and that appears to be before contract subsidies and rebates. For comparison, the G1 and myTouch cost 399 and 499 respectively before such discounts. We might be looking at a not-too-shabby price for the Pulse, considering some of the specs that have been uncovered.

As long as they slap a decent CPU and enough memory in this thing, T-Mobile won’t be able to keep us off of it.