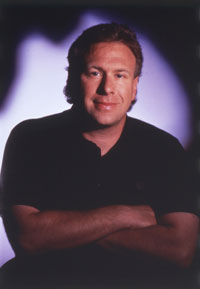 As Apple’s Senior Vice President of Worldwide Product Marketing, you’d have to imagine that Phil Schiller is a pretty busy guy. He’s also been moonlighting as Apple’s keynote speaker during Steve Jobs’ medical leave of absence. But now it’s really starting to look as if Schiller has taken on another task: App Store savior.

We’ve already talked at length about the two instances in the past week or so of Schiller personally reaching out to bloggers to set the record straight about a few of the App Store issues. But he has actually taken it a step farther. He’s also been reaching out to individual app makers to talk to them about their apps and offer his assistance in getting them approved, we’ve learned tonight.

And one such app, Rising Card, is now available in the App Store thanks to Schiller.

Rising Card is a magic application developed by Theory11. The reason it was initially rejected after a long period of hearing nothing from Apple was that they felt the app would be confusing to customers. Of course, that was the point of the app as it’s a magic trick meant to confuse people. The developers wrote Apple to explain that to them, but heard nothing back. They figured all hope was lost as this was hardly a high profile application, and Apple clearly didn’t seem to care too much about it.

Then the magic blog iTricks picked up the story which led the Apple blog TUAW to cover the rejection a few days ago, and all of a sudden, Apple started reaching out to the developers. And of course, not just anyone at Apple, but Schiller and also Phil Shoemaker, Apple’s Director of Application Technology. Based on this and Schiller’s previous responses, it would seem that not only is Apple reading the blogs that cover App Store issues, but it really is trying to resolve them. And in this case it did. Shoemaker called yesterday to let the developers know that the app was now in the store.

Obviously, the developers are very pleased with situation. Jonathan Bayme, the CEO of Theory11 wrote this to us this evening:

Schiller was unbelievably responsive throughout the whole ordeal. Our first communication from him was late at night on the 11th – with another email sent to us an hour later. He was extremely nice and although not promising anything, he said he would have their team look into the situation ASAP.

To be frank, Chris and I [the creators] were both amazed that this had reached the heights it had at all – given the fact that it is just a fun magic trick. We had spent months creating, polishing, and finishing this thing – and up until then we thought all hope was lost. It’s been quite the rollercoaster.

This morning, we received another email from Schiller advising us that Phil Shoemaker (Director of Application Technology) would be in touch with us soon to discuss our app, and as promised I received a phone call about three hours later from Phil. Shoemaker said that his team was looking into the issue as we spoke, and he was hopeful to see resolution of this by the end of the day.

True to his word – it was in fact approved late this afternoon. In sincerity the whole process was quite the ordeal, but I must say that I respect the hell out of the fact that we received the personal attention that we did. They were responsive, attentive, and truly listened to what we were saying. While one could argue that it took us over a month to get to that point, I would judge this situation based on the lengths they went to to fix the problem – they were incredible.

So there you go, another happy customer. This new Schiller strategy seems to be working wonders for the App Store.

But I still find it a little crazy that it’s Schiller who is personally doing this. On one hand it’s great, but it’s also odd. Perhaps that speaks to this being more serious of a situation then just some apps being rejected. After all, the FCC is looking into Apple’s role in the App Store and how it handles app approvals/rejections. This follows Apple’s rejection of the Google Voice app and the removal of all apps that use Google Voice. Google and AT&T are also the subjects of that investigation.

When the government gets involved — the government that is already looking into Apple for its board of director issues (with Google), anti-competitive issues (with iTunes/iPod), and hiring practice issues (again, with Google) — you are naturally going to take things a little more seriously than you were before. The fact of the matter is that Apple had, and still has, a lot of problems with the App Store. They waited too long to fix them, and the situation started to get out of control. So it looks like Apple may have had to bring out the big guns to restore order.

Now, Schiller and Shoemaker cannot possibly personally look into every app, or even just every app rejection, but they appear to be focusing on the ones that are getting attention. I wouldn’t be surprised if this was some kind of stop-gap move until the improvements to the App Store approval process that Schiller has been alluding to are ready to go. We know they’ve already broken up the iPhone PR team into two divisions now (hardware and App Store), a next step could well be a complete revamping of the app approval process and team.

When MobileMe was having troubles following its launch last year, Steve Jobs stepped in to right the ship, and it worked. It looks like Schiller may be doing the same now with the App Store. Let’s hope that works too.

Oh, and the Rising Card application that led to all of this? It’s pretty good, very smartly designed. Is there any reason Apple should have rejected it? No, and so it’s good to see it in the App Store where it belongs. Find it here for $2.99.