Just as users and the entire Twitter developer ecosystem was getting back on its feet after last week’s multi-day outage, Twitter goes down again.

The outage last week, which was caused by a DDOS attack, started at around 6 am California time on Friday and went through the weekend. And even when Twitter had periodic uptime, third party apps were still shut down.

As usual, we provide a handy list of things to do while fretting about Twitter. Of course, you could choose to work, since it is the middle of a business day, but let’s not go crazy just yet.

Update: It’s back! Third party apps are still down, though. They always take the hard hit. And Twitter is calling this an “attack” – “Update (12:17p): We’re back up and analyzing the traffic data to determine the nature of this attack.” 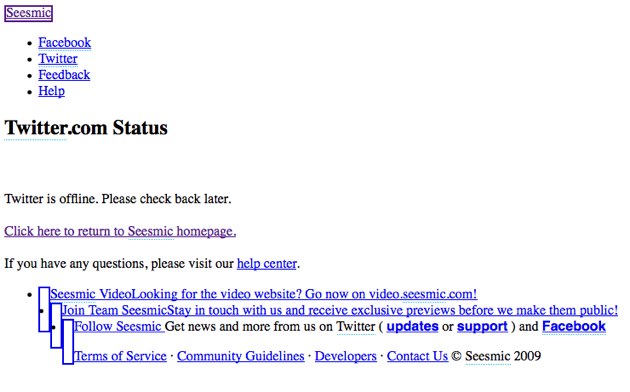 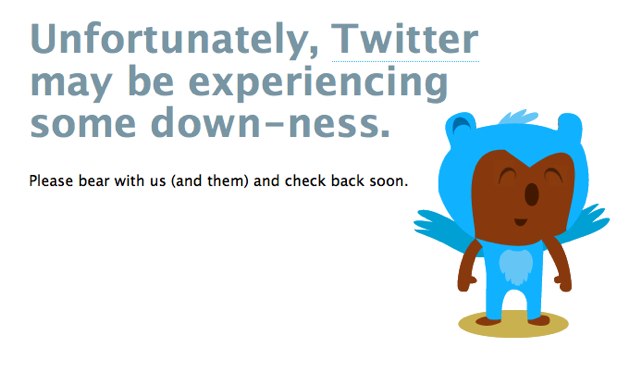