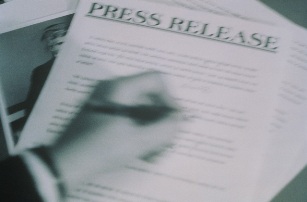 Ever since I’ve started blogging about technology a couple of years ago, I’ve been consistently growing an immense feeling of hate towards press releases, and it’s not getting any better.

It’s not that I dislike the PR industry in general, although I often wonder how so many of these firms continue to be in business when the large majority of them have been doing it exactly the same way for the past few decades, instead of evolving.

When media distribution and usage was less fragmented than it is now, I guess it made sense for PR firms or consultants to write press releases using a given ‘best practice’ and pushing it out to a list of contacts in the publishing industry, hoping for as much coverage as possible. Regular TechCrunch readers know how we think about the PR industry – and some of its proponents – in today’s world, and in particular our stance towards embargoes.

I’d like to tackle a different problem in this post, one that reporters from around the world, whatever field they cover, will no doubt recognize. The issue I have with press releases, and the reason I think they are a thing of the distant past in their current form, is that they basically all look alike. Sure, the companies that are talked about can be different, and the type of news coming from them can be different, but the copy, form and style are often so much alike that for large parts of the announcements you could just as easily swap the names of the companies and keep the rest of the words. Oftentimes, you wouldn’t be able to tell the difference.

My biggest gripe with press releases is that for basically as long as they’ve been around, they’ve contained the same damn words, rendering them completely meaningless in most cases and contexts. I wonder what the world would be like if these words were henceforth permanently banned from all press releases:

You know the kind: “Initech, the leading blah in blah blah blah, has partnered with Initrode, leader in blah blah blahblah blah blah blah.” Every single time a press release carries either one of these words in the first sentence, I cringe. Why? Because if everyone is leading, no one is. Period. PR people, next time you start writing a news announcement, ask yourself if you really should be using the words ‘leading’ or ‘leader’ just because it’s easy and everyone is doing it.

Emphasizing the strengths of the company you’re pitching is obviously a good thing. But does anyone realize how meaningless these terms become when they are followed up by something so blatantly untrue or tied to a small niche that it’s just painful to read? I’m specifically thinking about press releases that commence with something like “Initech, the largest manufacturer of red staplers engraved with our company logo, has just won the Buzo Award for the most uncreative use of the word ‘largest’ in the history of mankind.” Handle these words with care.

The mother of all voidness. How many truly innovative products are launched on a yearly basis, regardless of the sector? How many times have you seen something get the ‘innovation’ label without merit? Unless you or your clients find a cure for all cancers, simply stop using it, starting today. Now that would be innovative.

Much like the above, terrible word to be using in press releases. What exactly about your product is going to make people leave their houses to demonstrate, oppose their government, riot, etc.? Oh, sorry, you mean the company you’re pitching is not going to change the world but it is going to completely change the way an industry thinks about your business? Safe bet: it’s not going to. Likely you’re just doing the old ‘wishful thinking’ routine, and everyone knows you are.

Trust me, telling anyone willing to listen that you’ve been recognized with this or that award won’t be providing you with any goodwill right off the bat. There are exceptions to this rule, but very few (they include the Nobel Prize, a Pulitzer, a Crunchie or a Europa Award). Basically it’s like going around a party informing everyone that you’ve had sex with a human being last week: I’m sure it matters to you a great deal – and hopefully to the other person as well – but the rest of us likely don’t give a hoot. We also think it’s kind of sad that you are looking for someone to confirm or recognize your accomplishments that way. A tip: unless you’re announcing that you’ve actually won an award (which by the way is only very rarely newsworthy), leave it out.

Newsflash: a product or service is only very, very, very rarely disruptive. If there is a truly ground-breaking one, it’s also never disruptive out of the gate, for it can take years or even decades to turn an entire industry upside down. The fact that you’d use the word in a press release speaks volumes about your ability to tell your head from your ass: anything truly disruptive doesn’t happen overnight, and you can’t capture ‘disruption’ in a news announcement pushed out at a given time and date. Besides, if something is genuinely disruptive I’m sure it will require little push from PR people or firms to get the word out there.

In the same boat as the words ‘innovative’, ‘revolutionary’ and ‘disruptive’: so often misused in the past that it now looks like you’re practicing your skills to write quality satire when you use it to tout a company or product in a press release.

Overused. If you have an updated version of your product to announce, why not just say so? I simply cannot understand what people are trying to tell me when they say their new release is ‘next-gen’. Is it too advanced or complex for me to use and will only young children have the ability to understand what you’re doing when they grow up? Did your previous product version stink so bad that you needed to skip an entire generation of iterations to finally get it right?

Partnering with other companies can be good – and newsworthy too, though not often – but it doesn’t help you get more attention or goodwill when you announce a strategic partnership, agreement or relationship. We’re assuming it fits in both your strategy and the one of the company or companies you team up with, otherwise you wouldn’t be forming an alliance, right? It’s not like your agreement suddenly gets a whole other dimension because it’s labeled ‘strategic’, honestly.

Simply defined, synergy means that the whole in combination is greater than the sum of the individual parts working on their own. Used properly, the word can describe the magnified effects of two drugs taken together, parasites that enforce each other’s destructive effects and compounded health risks due to toxic chemicals. When applied to corporations, it means a financial benefit that a company aims to realize when it merges with or acquires another corporation. As history teaches us, there’s rarely any synergy involved when companies melt together or one takes over the other (cough, AOL-Time Warner). PR people, you’d be doing yourself a serious favor banning this one from all future press releases.

Can you think of any others that should be given the kibosh?

Also, if you have links to press releases that are ridden with the terms I’ve grown so resentful of, do let me know in comments. I’ll help you get started with this one about Akamai and Delve Networks’ recent forming of a strategic partnership: