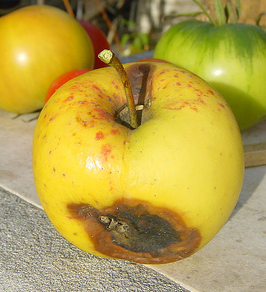 Earlier today we learned that Apple had begun to pull all Google Voice-enabled applications from the App Store, citing the fact that they “duplicate features that come with the iPhone”. Now comes even worse news: we’ve learned that Apple has blocked Google’s official Google Voice application itself from the App Store. In other words, Google Voice — one of the best things to happen to telephony services in a very long time — will have no presence at all on the App Store. If there’s ever been a time to be furious with Apple, now is it.

A Google Spokesperson has told us the following:

We work hard to bring Google applications to a number of mobile platforms, including the iPhone. Apple did not approve the Google Voice application we submitted six weeks ago to the Apple App Store. We will continue to work to bring our services to iPhone users — for example, by taking advantage of advances in mobile browsers.

Of course, it’s not hard to guess who’s behind the restriction: our old friend AT&T. Google Voice scares the carriers. It allows users to send free SMS messages and get cheap long-distance over Google Voice’s lines. It also makes it trivial to switch to a new phone service, because everyone calls the Google Voice number anyway. Carriers have known about Google Voice for a long time, but it wasn’t until recently that it began accepting new users, and there has still been some hassle associated with actually using the service. Smartphone apps like GV Mobile remove many of those hassles, which is why AT&T is keen to keep them off the iPhone (Google already has official apps available for BlackBerry and Android).

Here’s another testament to just how ridiculous this move is: GV Mobile’s developer Sean Kovacs says that the app was personally approved last April by Phil Schiller, Apple’s senior Vice President of Worldwide Product Marketing — the man who often takes the stage during Apple keynotes when Steve Jobs isn’t around. Kovacs says that Schiller called him to personally apologize for the delay in initially getting the application approved. Now, I’m sure Apple has laid out in its terms of service somewhere that you’re not allowed to mimic the iPhone’s functionality. But when you’ve got a blessing from that high up, that would seem like a pretty good indication that the application belongs in the App Store.

The thing that really bothers me about the move is that Apple is now actively stifling innovation. Google Voice is the kind of service that can actually have a positive impact on your life, and not in a frivolous, entertainment-related sense. It makes it easier to connect with people, and to manage those connections. Apple can point to the App Store’s 50,000 applications all it wants, but how many of them could truly be called groundbreaking? Are they really putting a dent in the universe?

All the more upsetting is that this comes from the company that Steve Jobs built. The company that once made record labels bow to a flat 0.99 pricing structure for years longer than they would have liked is now screwing customers because AT&T asked them to. They’re trying to limit what I can and can’t run on my mobile phone — a phone whose marketing is largely based on its extensibility.

Back when the App Store first launched there were some warnings about its walled garden approach — could developers trust Apple to maintain a fair marketplace? Until recently, Apple has managed the store in a generally benevolent, if not somewhat incompetent manner. But now things are taking a turn for the worse. From a handicapped Sling app to blocked apps from Qik and Google Voice, it’s becoming clear that Apple is doing its best to keep many of the iPhone’s most game-changing apps away from users. Palm, if you’re looking for marketing material — take note.

Update: John Gruber has confirmed with a trusted source that AT&T is to blame for the Google Voice ban.