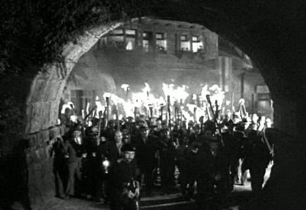 As if AT&T wasn’t already bad enough. In an act that is sure to spark internet rebellions everywhere, AT&T has apparently declared war on the extremely popular imageboard 4chan.org, blocking some of the site’s most popular message boards, including /r9k/ and the infamous /b/. moot, who started 4chan and continues to run the site, has posted a note to the 4chan status blog indicating that AT&T is in fact filtering/blocking the site for many of its customers (we’re still trying to confirm from AT&T’s side).

Update: ongoing reports about the block (which has now apparently been lifted) and the apparent DDoS attack on 4chan can be found here.

Reports of the blocking began to surface on reddit this afternoon, and a number of blogs are beginning to pick up on the story, though it doesn’t seem like any have managed to get a comment from AT&T (we’ve reached out to the company and will update once we hear back).

4chan has been called many things, most of which aren’t particularly flattering. Some parts of the site are almost entirely unmoderated, leading to a wild-west, highly NSFW environment where irreverance, mischief, and lewdness thrive (I like to think of it as the Mos Eisley of the web). But that doesn’t mean the site isn’t extremely influential on web culture. Many of its exploits are famous, including taking over the Time 100 list, and it’s also where some of the Internet’s most famous memes got their start, including the Rick Roll and LOLcats. It’s also known as the main hub for Anonymous, a group that has held a very public campaign against Scientology.

In other words, AT&T has just opened perhaps the most vindictive, messy can of worms it could have possibly found. Blocking any site is an extreme breach of user trust, but the decision to block 4chan in particular just seems stupid. Expect the web equivalent of rioting if this doesn’t change soon.