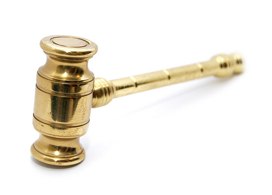 Project Fair Bid, a stealth startup that is creating a Swoopo-like Auction platform, has raised $4.5 million in funding, according to a SEC filing. The funding was raised from the Mayfield Fund, First Round Capital, and Foundation Capital, with Raj Kapoor, Charles Moldow and Josh Kopelman joining the board of directors.

Details on Project Fair Bid are limited but we hear the startup hopes to reinvent and legitimize the Swoopo business model by using a different auction methodology to improve consumer engagement and retention. Swoopo’s business model has been criticized for its alternative bidding system.

Swoopo uses a unique pricing model that lets you to purchase virtual “bids” for 75 cents, which can then be used to bid on goods ranging from video games to high-end televisions. Whenever you bid on an item, its price increases by fifteen cents and an extra 20 seconds are tacked on to the duration of the auction. Oftentimes items wind up selling substantially below their market value, but this lower price comes with some risk: if you bid on an item, you don’t get that 75 cent bid back when the auction concludes. Even if the item winds up selling below its normal market price, Swoopo can make money from these bids (the site does sometimes lose money on an auction, but relies on the proceeds of other auctions to cover them).

But Swoopo may be on to something—since launching in late 2008, the site has grown to almost 2 million members in Canada, Germany, the U.S., Austria, and Switzerland and closed a $10 million funding round led by August Capital.