Is the worst behind us? The broad worldwide recession hit the venture capital and startup communities hard last year. Memories of the NASDAQ meltdown and venture capital “nuclear winter” earlier this decade sent everyone into a tizzy as they feared a repeat performance—venture dollars froze and hundreds of thousands of tech workers were laid off.

But it appears that the worst is over for now. Or at least, the broad indicators suggest that venture and entrepreneurial activity has stabilized and may in some cases be trending up. In Q2 2009 we tracked via CrunchBase a total of 400 estimated new startups founded, $6.4 billion in new venture capital financings and $15.8 billion in merger and acquisition activity. (Download the full report here for $195) And we only tracked 20,000 new layoffs, just 10% of the 200,000 we saw let go in Q1 2009.

Of course this could just be the calm in the eye of the storm, with significant additional turbulence up ahead. Venture capital returns continue to flatline—there are simply too many venture firms investing too much money, and the IPO market for startups remains effectively shuttered. We either need a path towards liquidity for startups or a much smaller venture capital market.

But the Q2 CrunchBase numbers make us cautiously optimistic.

For one thing, we estimate a rebound in the number of start-ups being founded (always a good sign). There were already 191 companies in CrunchBase founded in Q2 2009 (at the time we did our final data run) . We expect that number to reach more than 400 as a result of a normal lag in self-reporting. 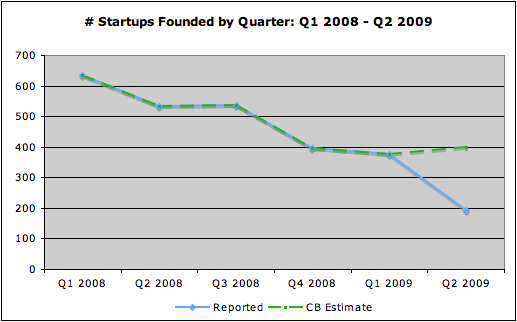 Venture investments are also coming back. They increased 19% from $5.4 billion in Q1 to $6.4 billion in Q2 2009. This compares to $5.3 billion in Q2 deals counted by Dow Jones VentureSource and only $3.7 billion by Thomson Reuters in the MoneyTree Report which came out last night. (Each report is based on its own set of data and different methodologies). Although the trend is up from last quarter, our Q2 2009 data is 24% lower than Q2 2008.

The number of deals we tracked in the quarter was 516, a bit lower than the 560 in Q1, but the average deal size went up. Also, we saw a greater appetite for early stage investing, with the money going into Series A investments increasing 83 percent to $900 million. Series B investments still dominated with 104 deals totaling $1 billion. The average deal size was $12.4 million, with the median deal size at $5.5 million. 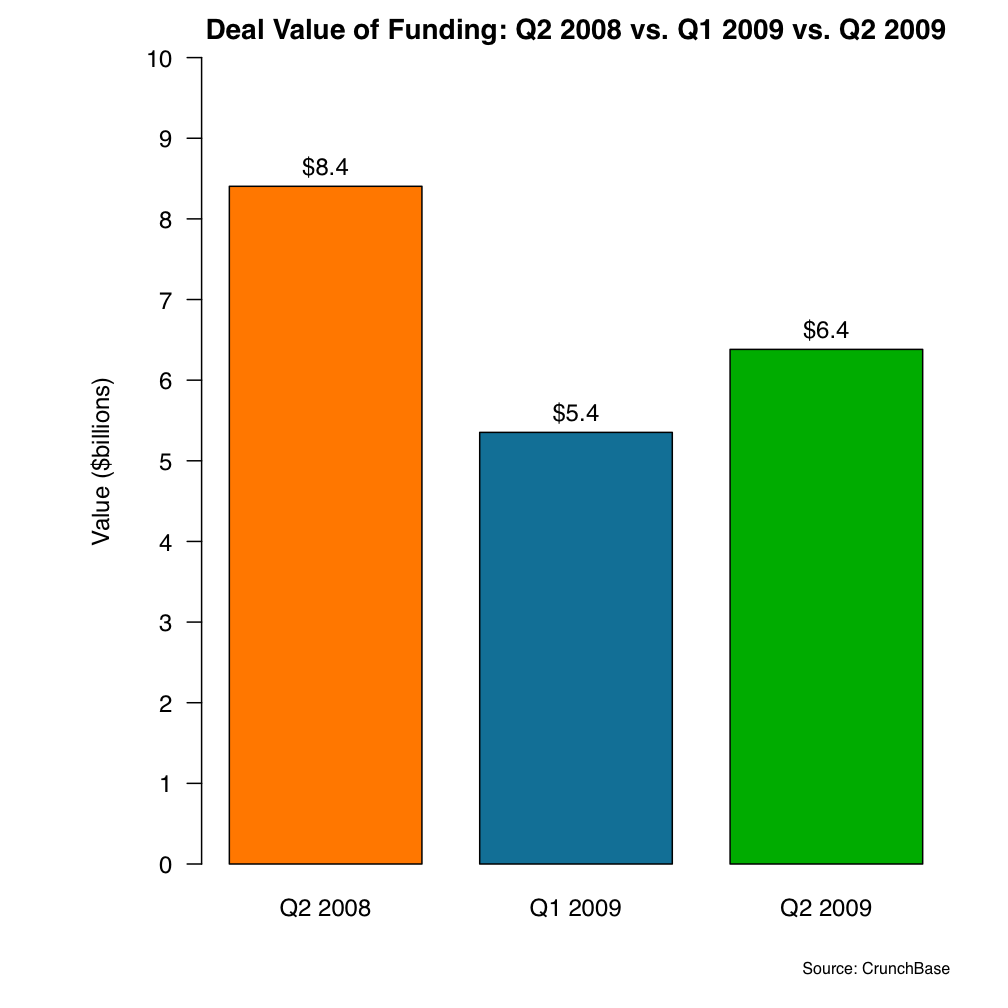 The M&A action is also starting to pick up. CrunchBase counted 214 exits totaling $15.8 billion for Q2 2009. Aggregate M&A volume is 50% higher than the Q1 total of $10.3 billion, though still down 40% from $25.8 billion a year ago. About half of that total, however, comes from a single transaction: Oracle’s $7.4 billion acquisition of Sun Microsystems (announced during the quarter, but still pending). Other large M&A deals included Glaxo SmithKline buying Stiefel for $3.8 billion, Intel acquiring Wind River for $884 million, OpenText snatching Vignette for $310 million and Intuit buying PayCycle for $175 million. 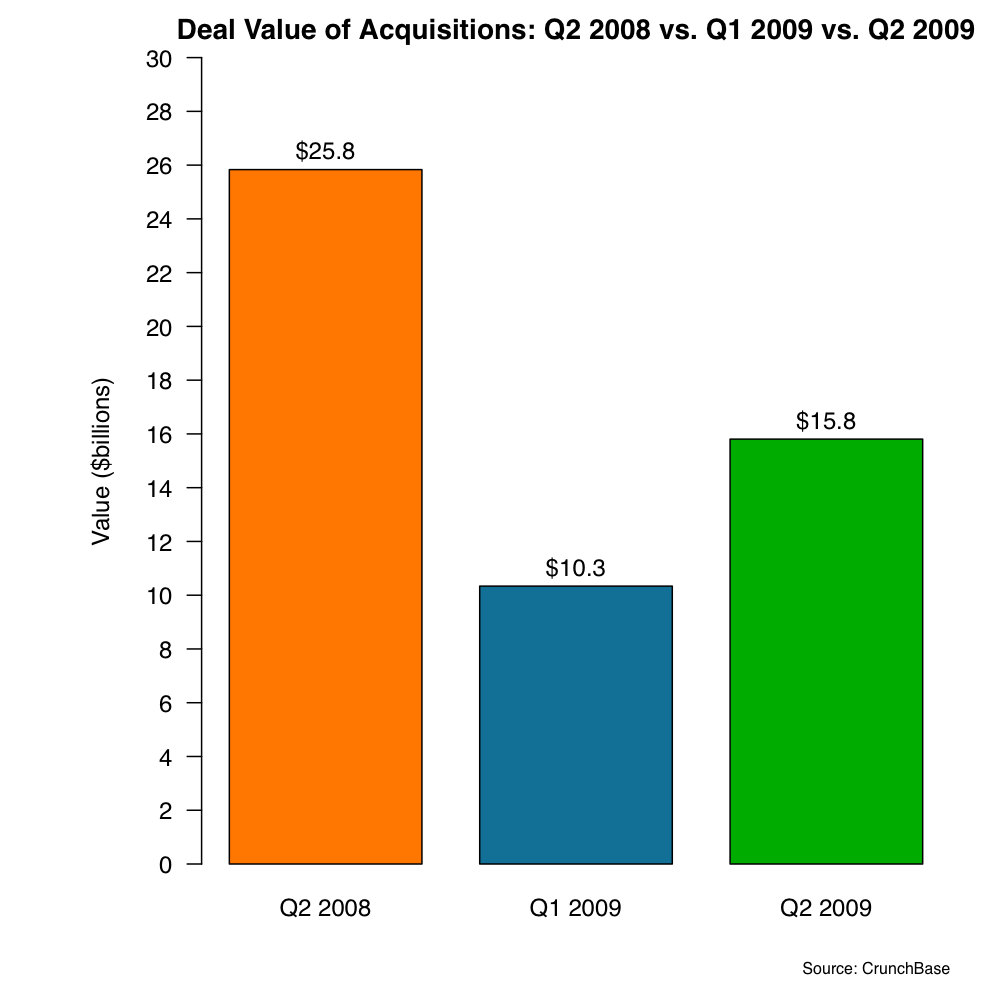 The full 35-page second-quarter report (including 29 interactive exhibits in excel and 33 PDF graphics) is available for $195 as a download here. This quarter, we added all our raw data and tables into excel files so readers can easily cut-and-paste charts into their own reports and slice-and-dice the data for their own use. We’ve also included a number of graphics that readers can use for third party publishing, linking is appreciated. Of course, you’re also welcome to grab the data free of charge through our CrunchBase open API.

See the report table of contents and a list of exhibits here.