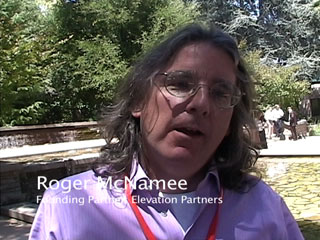 A week from tomorrow is the big day for McNamee’s prediction. How’s it looking? Not so hot. Okay, awful.

Yes, it’s still early in the Palm Pre’s life. And yes, there is plenty of room in the rapidly expanding mobile universe for more than one device. But it was McNamee who specifically threw down this gauntlet against the iPhone. And that makes charts like the one below, that much more amusing. 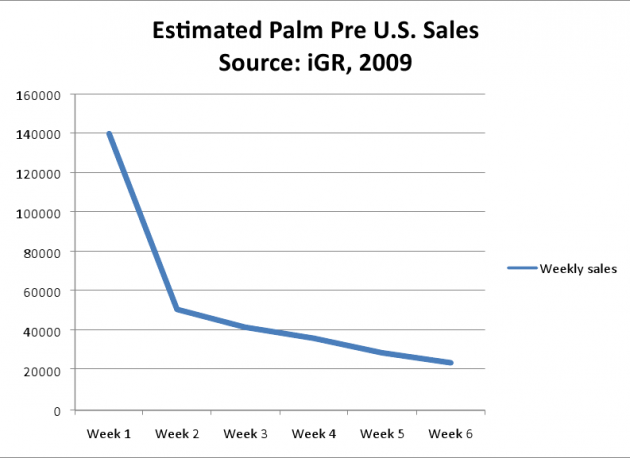 Now, it has to be noted that the research company providing this data, JNK Wireless Consultant iGR, is said to be fairly new. But that doesn’t mean that they did a poor job in obtaining the numbers that they did. This chart comes after they completed a series of checks last week across 50 Sprint stores nationwide in top markets.

Further, they have a lot more details of what they found in their checks.

Here are the Pre “highlights”:

To make sure it got a clearer pictures, iGR also went to Apple stores around the country to check the iPhone 3GS numbers. It ran checks with 52 stores. The story is quite a bit different:

Now again, this data all comes from a sampling of Sprint and Apple stores. But at the very least, the trends seem pretty clear. The iPhone 3GS is selling very, very well (as was further evidenced today during Apple’s 3Q earnings call), the Palm Pre? Still pretty ho-hum. And things still seem to be slowing down.

“Not one of those people will still be using an iPhone a month later.” Yeah. We’ll revisit that again in 8 days.

But the graph up top does have a nice “L” shape. “L” in this case, doesn’t appear to stand for “Love”.