Readers are always asking us for more TMZ-style posts, so here’s one for you. The New York Post did yet another review of Ben Mezrich’s upcoming Facebook narrative, The Accidental Billionaires. That itself is not that interesting, but the Photoshopped picture the NYPost uses is fairly hilarious in its similarity to a picture from the August Capital party on Friday night after our CrunchUp event.

As you can see, NYPost wants to paint Facebook CEO Mark Zuckerberg as the kind of guy who wants to date socialite Paris Hilton. We’re not so sure. In the social networking circle, she’s old news. She’s practically Friendster. Does Mark really want to Poke former MySpace CEO Chris DeWolfe’s Top Friend?

Regardless, Mark can have Paris, because in the similar picture from our event, his sister Randi gets the real prize: Michael. 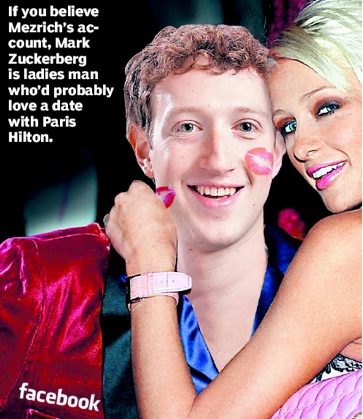 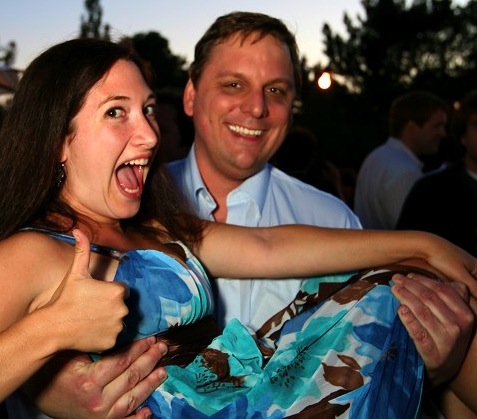 Okay, yes, we just wanted another excuse to post the picture of Randi and Michael.