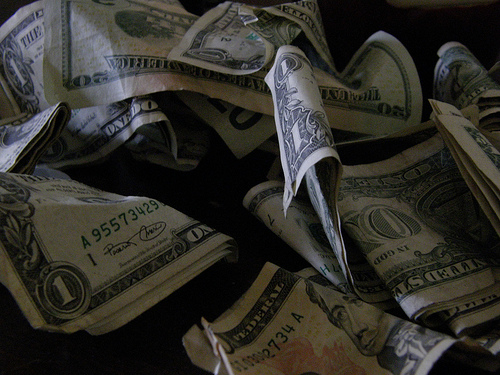 With its potential troubles behind it, having reached a deal to stream music while staying afloat financially, it looks like Pandora is getting flush with cash. The Internet streaming radio service has raised a new $35 million round of funding, multiple sources told peHUB earlier, and we’ve just confirmed the round with the company.

Pandora is being mum on the huge number, but is saying that Greylock Partners led the round and that Greylock partner David Sze will be joining Pandora’s board. Greylock joins existing investors Crosslink Capital, Walden Venture Capital, Labrador Ventures, King Street Capital, Hearst Corporation, DBL Investors, and Selby Ventures in the funding.

Assuming the $35 million is correct, that’s a huge numer and actually more than all of Pandora’s previous rounds combined. Pandora had previously raised slightly over $20 million, but the last round was in 2005.

But this new funding comes when Pandora expects to be profitable by next year, and is coming off its best quarter in terms of ad sales yet. “New funds will be used toward the continued growth and development of Pandora” is all the company will say on how they plan to use this large chunk of change.

This is no doubt a case of investors hopping on board now that the skies seem clear for Pandora. It’s one of the most popular streaming radio services, and the fact that it looks on the verge of making money is a good sign.