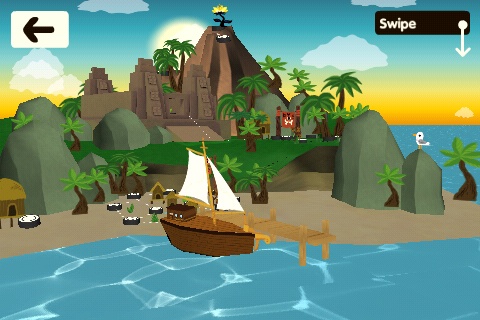 Mario, Sonic, … Rolando?! Gaming purists: DON’T FREAK OUT. I’m not implying that HandCircus‘s phenomenal Rolando series is equivalent to the gaming franchise behemoths, Mario or Sonic. But, I will say that Rolando 2 is as compelling a reason to buy an iPhone as Super Mario 64 once was to buy the N64. Rolando 2: The Quest for the Golden Orchid (iTunes Link) is an addictive, replayable instant classic that anybody can pick up, play, and enjoy. With simple, intuitive controls, a brilliant physics engine, and eye-pleasing visuals, Rolando 2 will turn your iPhone into a mobile hypnotist. Launch the app, click “start,” and next thing you know 3 hours have passed and you’re still hunched over on your iPhone.

Published by ngmoco, Rolando 2 is a simple 2D puzzle platformer. You move the “Rolandos,” which are circle-shaped creatures of varying sizes and abilities, by tilting the iPhone left or right. Your goal is to guide all of the Rolandos to the end of the level. The controls function perfectly. The tilting works better than using a D-pad or a joystick. You swipe the screen to make the Rolando jump, and can select multiple Rolandos by dragging your finger over them. Sometimes, you need to interact with your environment, and that involves a simple swipe, tap or drag of your finger depending on what you’re trying to do. Everything is easy peasy. That’s what makes this game so brilliant: as soon as a human develops motor skills, it can play Rolando 2 on the iPhone. 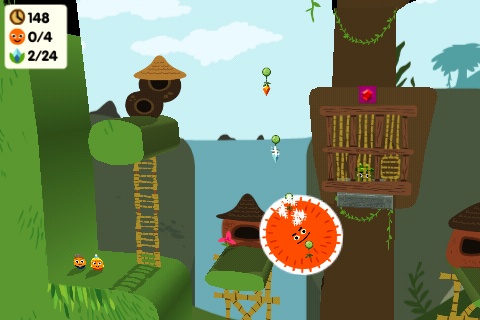 Fortunately, the game isn’t just made for 2-year-olds. The gameplay is diverse and constantly evolving. Like Zelda: Twilight Princess for the Wii, Rolando 2 constantly feeds your appetite for more. Had enough with rolling around like a ball? OK, meet Major Cardigan: a Rolando that sticks to walls. Sick of defying gravity? Fine, here’s a Rolando that can float like a hot air balloon. Done with Rolandos? Screw you! Kidding; no problem at all: shoot your enemies with this bow and arrow. Every few levels is a new feature, character, gizmo or environment that makes the game different, fresh and exciting.

The puzzles are complex enough to, on occasion, require two or three passes before you can beat a level. However, there are only two levels in the entire game that gave me any trouble at all, so I wouldn’t declare this as a challenging game. I was expecting it to be a bit more difficult than it was. But then I realized that isn’t what the game is about. Rolando 2 follows the same theory that Sonic or Mario do: make the gameplay so damn fun that it doesn’t matter if the levels are easy. 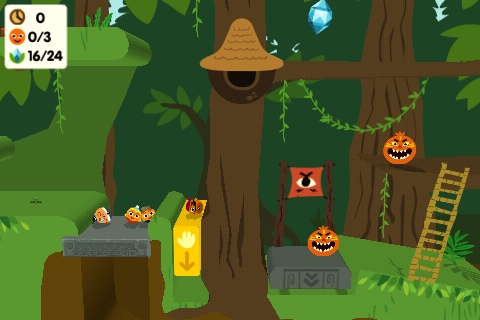 Onto the graphics: I wouldn’t say they are quite on par with the best of the iPhone. BUT, it doesn’t matter: the artwork is clever and lively. Aesthetically speaking, the environments come together in a dazzling array of images, effects and characters. Drawn in a cartoon-style, Rolando 2 uses vivid colors and eye-popping designs to delight your eyes.

Another feature I loved (and should be in every game) is iSave. If you get interrupted (read: you get caught playing on your iPhone at work), you can go back into Rolando and it remembers exactly where you are. It doesn’t just take you back to your last save point, it literally starts the game right where you left off. With the short levels of Rolando, this isn’t THAT critical, but still an incredible feature that is executed perfectly. And you get a helluva lot for $10: 46 levels over four worlds (though I could barely tell there were 4 worlds; seemed like every level was distinct enough!) A bazillion enemies, 12+ characters, and the best part: Rolando 2 is expected to come out with 20 FREE add-on levels (as the original did). On top of all that, there’s 3 different “challenges” within each level. Try to grab all of the crystals (think: coins in Sonic) for one challenge. Or, complete the level within a specific time (not easy at all). In a few levels, you can save only a portion of the Rolandos to advance, but come back and try to save all of them to beat the third challenge. In most average games, I don’t buy into the “replay a level you’ve already beat for extra points” aspect. But, Rolando 2 is different. Case in point: while writing this review alone, I got distracted five times to try and beat a time challenge. It is just that addictive.

If there’s one knock on the game, its the social networking aspect. I just wasn’t into challenging my friends to beat a level with more points than me. And maybe I’m just old school, but why the hell would I develop my own Rolando 2 avatar. I tried it, obviously, but quickly lost interest: I guess I just loved playing the game too much to bother with that crap. 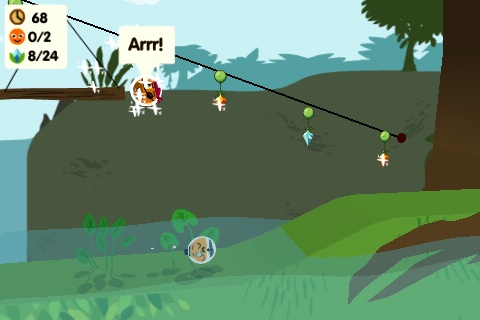 The Rolando series is the closest thing to a console-defining franchise that the iPhone has. Unlike Super Monkey Ball or The Sims 3, this game is an iDevice exclusive. (Don’t say Tap Tap Revenge: one game placed in 50 different apps doesn’t count as a franchise). Unlike most of the other great iPhone games, this is the iPhone’s first venerable franchise exclusive. We’ve already written about the iPhone is causing Sony and Nintendo to freak out. Well, the Rolando series is a big reason why. And it isn’t over yet: ngmoco has already announced that a Rolando 3 will be coming in November. I’m almost as excited for that as I am Harry Potter. Trust me: that says something.