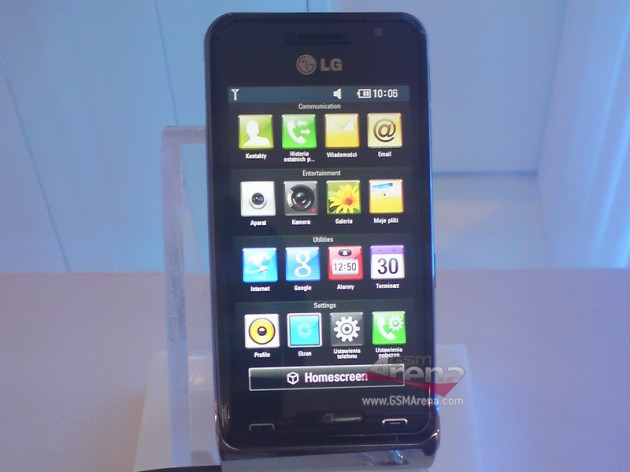 What’s this about a 12-megapixel, HD video recording cell phone unveiled in Warsaw? If you’re to believe LG, then the GC990 Louvre is merely a concept at this point. Under the hood of said concept is a 12-megapixel camera with Schneider-Kreuznach optics, xenon flash, and auto/touch focus. But the big reveal is the ability to record 720p video at 30fps.

Other features on the concept device include aGPS, Bluetooth, DivX and Xvid support along with Wi-Fi, a TV out and a 3.2-inch touch-screen. And that would the S-Class Touch UI on screen.

LG claims that it’s just a concept, but we find that doubtful based on relevant information we’ve received from other cell phone manufacturers.