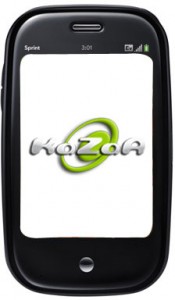 Seriously, we’re just as surprised as you are. Not only is Kazaa somehow still in business, they’re also trying anything they can to set themselves apart from all the other digital music retailers you’d rather use instead of them. Now the property of Brilliant Digital Entertainment, Kazaa is setting its sights on bringing HD movie downloads to the masses (well, the masses that use Kazaa), and the Pre is where they’ve decided to make their stand.

According to a recent release, the Pre will be able to support user-generated videos and “HD quality movies”, but Kazaa’s PR team is being keeping mum about everything else. As it stands, it looks like over-the-air downloads are out of the question, but there’s no word on release date or partnerships with film distributors. In short, aside from the fact that Kazaa intends to use it to buck up the social media aspect of their service, we’ll have to wait and see what they have in store for the Pre faithful among us.

To be completely honest though, there’s something fishy about this release, lack of detail notwithstanding. It’s rare to come across a press release where they manage to spell the service’s name wrong, and they blithely throw in what you could only loosely call a testimonial by a “web hacker” who may or may not have died last year. Hopefully Kazaa came make good on their plans and bring a much-needed service to the Pre, but honestly – don’t hold your breath.