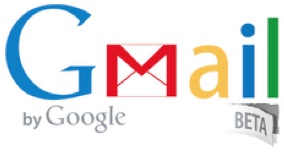 The beta days are over at Google, at least for some of its most popular applications. As we predicted two months ago, Google is finally taking the beta label off of Gmail, Google Calendar, Google Docs, and GTalk today. And it is about time. For instance, Gmail, which launched five years ago and is by far Google’s most popular non-search app, is already older than many startups.

Google Docs (launched in 2006), Calendar (launched in 2007), and Gtalk (2005) are not quite as popular, but all three are also fully-baked products. The reason, though, that Google is making this change is purely marketing because it sells these Google Apps bundled together to businesses for $50/user/year. Matt Glotzbach, director of product management at Google Enterprise, tells me removing the beta label was really for business customers. “Consumers don’t really care,” he says, “for some of our business customers it is certainly an issue.”

Google Apps are now used by nearly 2 million businesses and they account for hundreds of millions of dollars in revenues for Google. It is ramping up to be quite a nice little side business, and sales have been brisk as CIOs look for any way to cut costs. For enterprise customers, Google is also adding two new features today: the ability to delegate access to your email account to another person such as an administrative assistant, and enhanced retention features for compliance purposes.