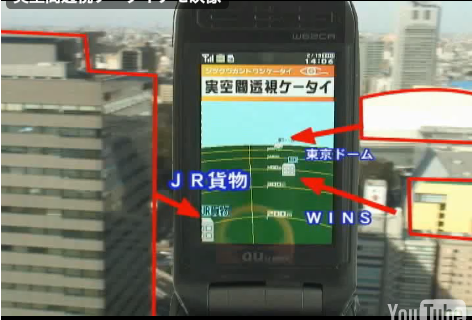 Augmented reality (AR), the mixing of real-world data with computer-generated information, is currently a hot topic in the web world and is poised to play an even bigger role in the very near future. And cell phones in particular seem to be especially suitable as AR vehicles, meaning the devices will make it possible to impose graphical layers over real-world images while on the go. 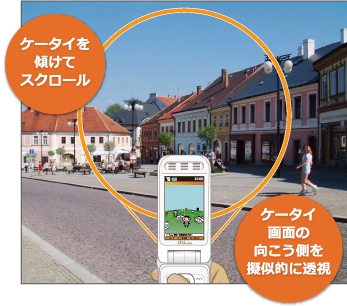 Users will be able to point their devices to a certain object with the camera switched on. Now icons containing information on that object pop up on the screen, helping users to identify the name and distance of a certain building, for example.

KDDI started this service yesterday and plans to end the beta run in December, but only subscribers owning the Casio G’zOne W62CA can take part (that phone is equipped with an electronic compass, GPS and a six-axis sensor). Just like Sekai Camera, KDDI relies on the contribution of end users to make the app more worthwhile.

Take a look at the videos below to see the KDDI app in action:
[youtube=http://www.youtube.com/watch?v=eMwxbNVgamM&w=425&h=344]