There are more than 10,000 games on the App Store, according to Apptism. That’s 20% of all apps released on the store: how the hell do you decide which one to buy? We can’t help you there, but we can keep serving you up reviews of recently released games so you can decide for yourself. We spent the week fumbling around with 5 of them: Tradewinds 2, Castle Of Magic, Archon, Jungle Bloxx, and Pocket Gold. Read on for our impressions 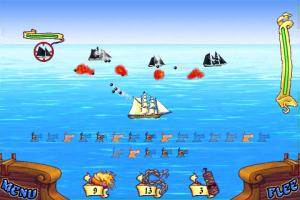 App #1: One of the safest things to do for game developers is port an existing PC hit onto the iPhone. That’s what Handmark, Inc. has done with Tradewinds 2 – a popular strategy game previously created by Sandlot Games. In Tradewinds, you are a 17th Century sailor-merchant plundering, pillaging and trading your way to medieval glory. It’s a game of arbitrage trading: you buy goods at one port and try to sell them for more at another. As you travel from port to port, you go to war with pirate fleets and complete tasks for the governors of each port. Though a simple concept, Tradewinds has many features that engage the gamer, including the ability to unlock new ports or to sneak contraband past the authorities. You’ll feel like a bona fide pirate or seaman (you giggled like a school girl, didn’t you?). Anyways, for $4.99 this classic is yours. Happy sailing. 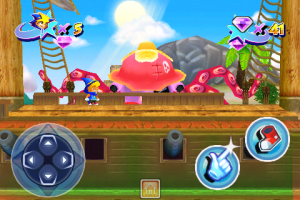 App #2: Have you been hungry for a platformer like Sonic or Mario for the iPhone? Well, Gameloft just introduced a great game that should satisfy your appetite. Castle of Magic is a classic platform game that will entrance you with its rich graphics and enjoyable gameplay. You control the main character, a wizard of sorts, with an on-screen d-pad and “buttons.” It is definitely weird at first (but what isn’t when we’re so used to physical keys?), but I loved the experience. The great part about the on-screen keys is that they could change the keys depending on the circumstance (so you had a different icon, say, when you were under water than when you were above ground). That combined with crisp visuals and dynamic gameplay left me hooked on Castle of Magic. And for $4.99, it comes at a decent price, too. 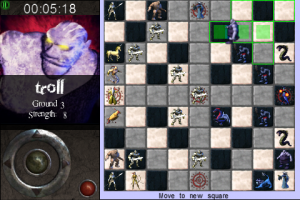 App #3: Archon by React! Games is a throwback to an ancient computer game originally created for the Atari 8-bit computer. This is sort of like fantasy-meets-chess-meets-action game? Basically, you have a chess board filled with a number of magical characters like Unicorns, Wizards and Phoenixes and your goal is to wipe the floor with your opponent’s blood. Each character can move a specified way (just like Chess) and you land on the same square as the opponent’s piece to attack it. Then the screen changes to a fighting environment in which you try to stab, burn or shoot the opposing piece. The abilities, defenses, speed and attack strength differ from character to character (Golems are strong and slow while Unicorns are fast and weak). If you loved the old Archon (I never played it), you’ll love this game I’m sure. However, if you don’t, I recommend you stay away from this game. Your $3.99 could be better spent. 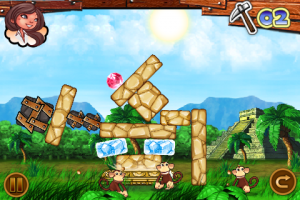 App #4: The iPhone’s touchscreen is simply perfect for engaging and interactive puzzle games, and Digital Chocolate has introduced another winner in this class. Jungle Bloxx is a addictive game in which a series of different sized blocks are stacked on top of each other in various structures (different mix of blocks per level). At the top, there is a jewel, and your goal is to destroy the right blocks to get the jewel to the ground level with as few taps as possible. Give it a whirl for free first, and if you agree with me and love it, then buy the full version and unlock 90 unique levels for $2.99. 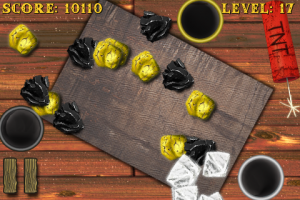 App #5: Simple, touch-related games make me feel all warm and fuzzy inside. Why? They validate my decision to purchase an iPhone. Pocket Gold fits the bill as a great way to use the iPhone’s touchscreen to make a game that couldn’t exist on a different type of device. Made by Xpressed, this game doesn’t have a whole lot of bells and whistles. However, it is entertaining and will keep your attention for 5-10 minutes at a time. You use your finger to swipe gold, obsidian or silver into specific buckets (one gold, black and silver) on the corners of the screen before the time runs out. Not too complicated, but what do you expect for $0.99?

If you have an app worth checking out, shoot us an e-mail at gaganATcrunchgearDOTcom (with the obvious substitutions in place, of course).