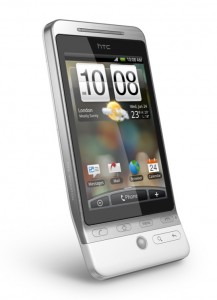 According to pocket-lint, HTC CEO Peter Chou has confirmed that the HTC Sense interface will be available as an optional addition to “other existing [HTC] devices.” Though he did not detail which phones would receive the addition and when, it isn’t hard to extrapolate. There are only a few other HTC phones running on Android, though each has a few variants: the HTC Dream, otherwise known as the T-Mobile G1, and the HTC Magic, known as the myTouch, ION, etc.

Speaking of variants: From what we’ve heard from our talks with HTC, it seems a bit unlikely that Sense will find its way to any “with Google”-branded handsets – at least not in any official manner. That means the T-Mobile G1/myTouch are out, but the ION and another other handsets lacking the “with Google” subtitle are in. Cross your fingers, HTC fans, your phone may get a facelift soon.