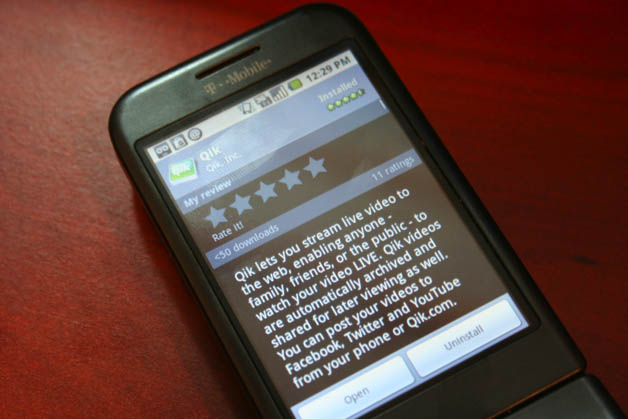 Uh-oh. Looks like the race for live video streaming on Android is on. When we got footage of Kyte running on Android last week after hearing next to nothing on the matter from the competitors, we guessed that it might be the first mobile streaming app to go live on the platform. Turns out, Qik has had something up their sleeve – and it just slipped right out.

We’re not quite clear on all of the details yet, but an early Alpha version of Qik’s Android application has become available.

From what we’ve been told, this leak is only a little early. One of Qik’s testers got a bit excited and started passing around the installation file, and the news quickly found it’s way to Twitter. Qik hadn’t planned for this to go live until later in the week but, with the cat out of the bag, went ahead and pushed it live to the market. Qik says they did intend for this to be the initial Android release – just not quite so soon.

We’ve just cracked it open, and have recorded a video quality sample below. We’ve only been playing with it for a few moments, so we can’t vouch for its stability or functionality just yet – but all is well so far. At the moment, functionality is limited to basic streaming/recording, title/description and private/public settings, and the ability to post a link to your video straight to Twitter, Facebook, and Youtube. 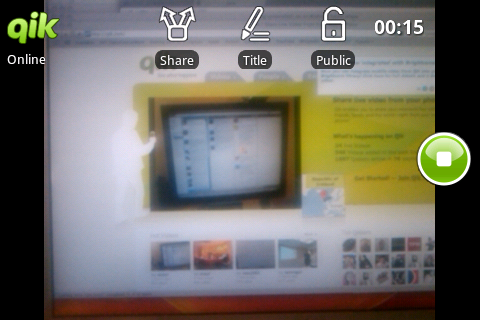