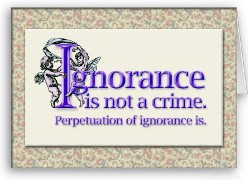 My esteemed colleague MG Siegler just posted about an admittedly quite in-your-face campaign from Microsoft down under, criticizing Redmond for a ‘pathetic’ attempt at trying to make people switch from using whatever browser other than IE they’re using at the moment in exchange for a chance to win $10,000. I don’t necessarily disagree – it’s fair to say there are far better ways to market browsers than covert bribery and making the competition look like bad eggs – but it doesn’t really surprise me and it won’t work anyway.

But do the browser wars us geeks follow so closely matter to John Doe at all?

Here’s a video some NY-based Google employees put up on YouTube a while ago, titled ‘What is a browser?’:

Pretty funny, and as Orli Yakuel said on Twitter, it kind of puts these browser wars (IE8! Safari! Firefox! Chrome! Opera!) in a whole different perspective.

Note the difference in culture, though. While Microsoft is trying to lure people away from using browsers like Firefox or Chrome with cold hard cash (or at least a chance to get some of that), Google employees don’t make a big fuss about letting people use the brand names of competitors in their videos and they humorously handle the fact that none of the people interviewed knew what Google Chrome is to begin with.

And by the way, the guy that said he’s probably not the right one to ask because he’s not into computers that much, is not that far off:

“I don’t know, I guess the Internet is just where you, you know, find anything and I guess you browse the same way.”